Three young men headed to the Red Sox game last week when a fourth friend couldn’t join at the last minute. Instead of selling the ticket, they decided to offer it to a homeless man they spotted outside the stadium.

Sean Wetzonis, Pedro Lugo, and Francisco Rios were on their way to Fenway trying to decide what to do with their fourth ticket when Lugo had an idea.

So we had an extra ticket to the @redsox game and didn’t want to waste it, so luckily we ran into our man John who unfortunately is homeless, but we got the opportunity to take him out to his first game, bless up Unc pic.twitter.com/T1TCa6fVcF

Lugo told CNN that he wanted to give the ticket to someone who would really appreciate it and soon after they passed a homeless man named John outside of the stadium. Instead of offering the man money, he asked John if he wanted to go to the game., to which John immediately said, “Hell yeah, let’s go.”

The guys were excited and even bought John beer to enjoy while he took in the sights of Fenway. 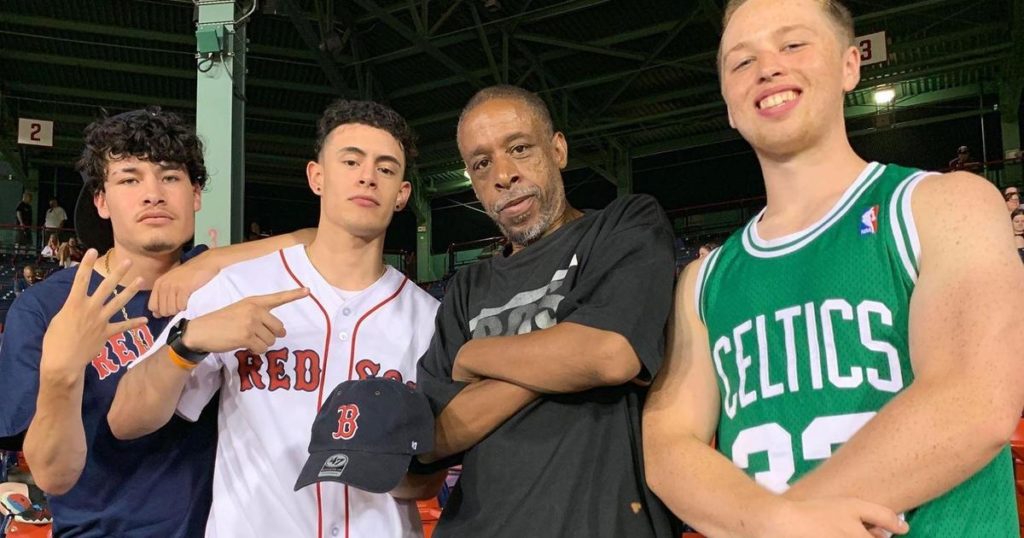 Before John left for the night, he thanked the guys and took a photo with them.

Lugo said, “Maybe [the game] helped alleviate the stressors that come with being homeless for the few hours at the game.”