Derrick Byrd, 20, of Aberdeen, Washington is currently in the hospital with second and third-degree burns on his face, arms, and back after heroically saving his niece and nephews from a house fire.

Derrick chose to risk his life when the home went up in flames. His sister, Kayla, and her three children were upstairs and so he ran down and out the front door to catch the children as they jumped from the second floor. He caught the two boys, but once his sister, Kayla, fell off the roof, his niece, Mercedes, was too afraid to take the jump. 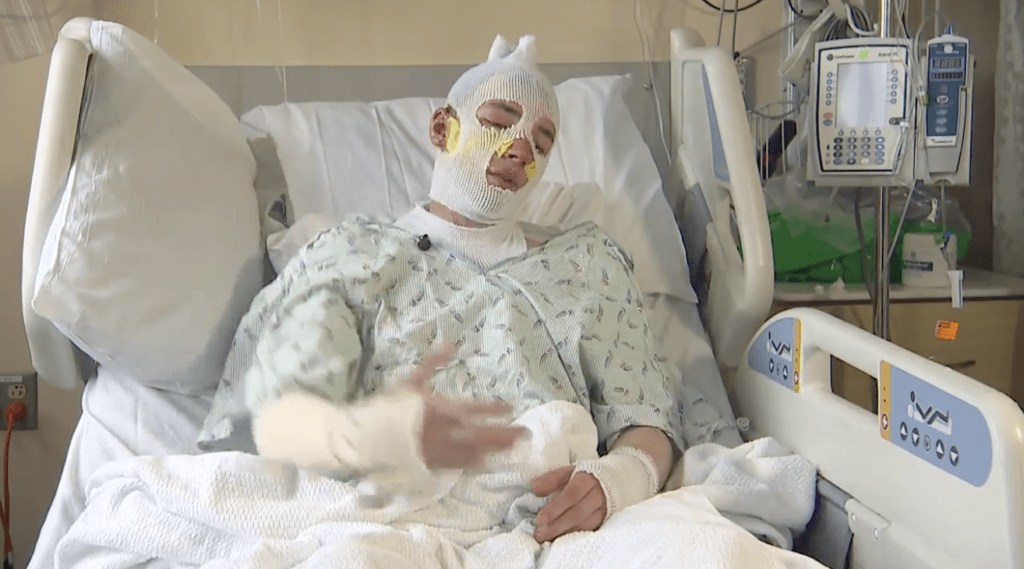 Without thinking twice, Derrick ran back into the blaze to save his nieceâ€”he was not going to let her die in there.

“I ran up the stairs and pushed through the fire. I could feel it burning me. I got her and took my shirt off and put it around her face, so she wouldn’t breathe in any smoke. I just carried her out as fast as I could.” 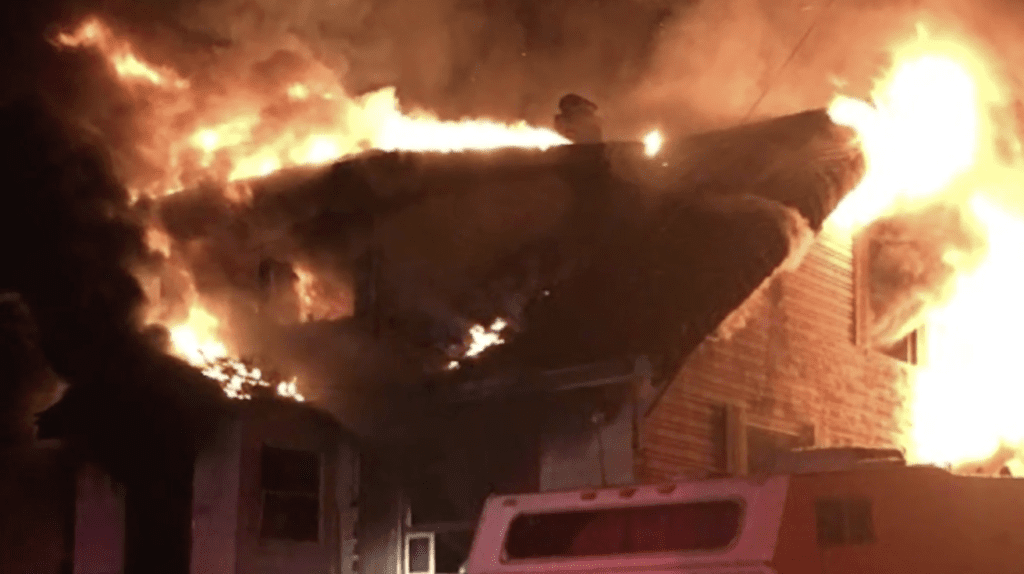 Derrick is being called a hero, but he remains humble about the whole ordeal.

The family lost their home and most of their possessions, but their community is rallying around them to help them out by collecting donations.