A 7-year-old from Abingdon, Pennsylvania was born with a rare deformity that led to a double leg amputation in utero, but that hasn’t dulled his affinity for hockey and baseball thanks to the help of his custom prosthetics.

Two prosthetics mean frequent trips to Shriner’s Children’s Hospital for better fits as he grows. Because he has to change them pretty often, this allows him to show off some of his personal style with the different fabrics and designs they can incorporate. 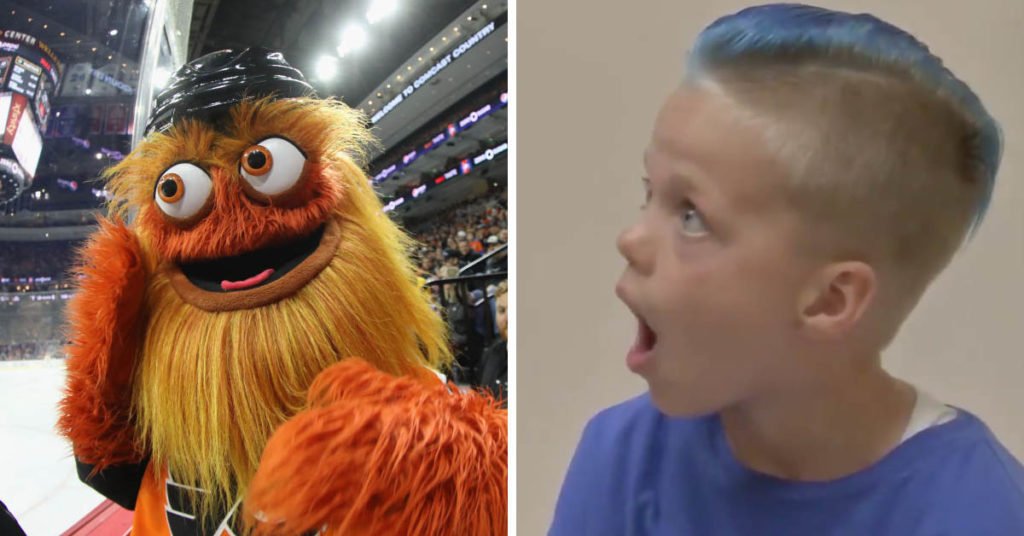 Caiden says the orange, hairy mascot is his hero. â€œHe went bungee jumping from the top of the ceiling and then he fell on the ice. He’s not afraid of anything,â€ Caiden said.

His latest prosthetic look led to a surprise visit from the mascot himself at his fitting. When Gritty entered the exam room, Caiden’s eyes grew as wide as his hero’s.

Gritty brought along some Flyers swag for the youngster, too, which included a hockey puck, bobblehead, and a custom Flyers jersey, along with some tickets to a home game next season.