It’s never good when a wrestler goes completely limp in the ring, and that’s exactly what happened the other night during a WWE Raw match.

Fans noticed something was immediately wrong when Brie Bella was delivering “Yes Kicks” to her opponent Liv Morgan. After a few kicks to the face, the last couple of kicks turned hard and Morgan went out cold, falling to the ground. She was dragged out of the ring to get looked at. 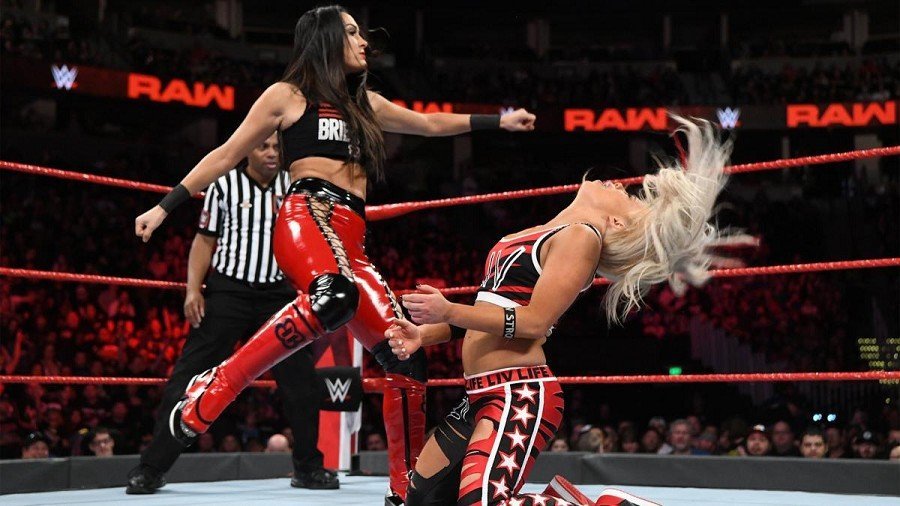 Many fans knew something was wrong.

Rewound during the commercial to check out where Liv got rocked, and hoo boy it looked rough. Totally incidental, just mistiming between her and Brie. Hope she's okay. #RAW

Something bad just happened to Liv Morgan. She was taking the Yes Kicks from Brie Bella and she just went totally limp. Hope she's okay. You never want to see anybody get legitimately injured. #WWE #Raw

It’s known that timing and acting is a known factor in this type of wrestling. The kicks were real, but they were timed between the two wrestlers so that no harsh bodily injury will happen. Unfortunately, things went wrong and Morgan went lights out.

Many long-time fans knew that this was an accident, and a harsh one, but were eagerlyÂ awaiting Brie’s statement.

Every match on #Raw is an opportunity for us to entertain our fans. Our intentions as @WWE Superstars is to win the match, never injure our opponents. Thinking about @YaOnlyLivvOnce tonight. ❤️ -B

It’s now known that Morgan is on the WWE’s concussion list. Hopefully, she makes a full recovery and can make it back to the ring that she knows and loves soon.