His mother was particularly worried about him flying alone because Landon has high-functioning autism. To help things on the flight go smoothly his mother Alexa sent him with a note and a ten dollar bill explaining Landon’s condition. 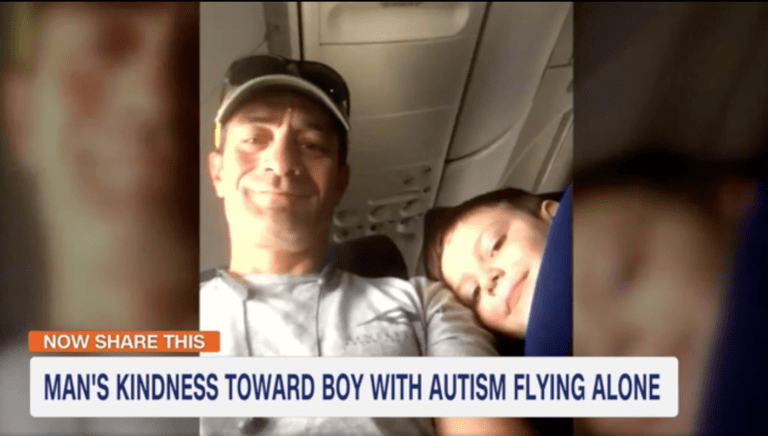 Luckily for this worried mother, Landon sat next to Ben Pedraza, a man who quickly became seat buddies with her son.

Today my son took his first flight to Oregon to see his dad. I sent Landon with a letter to give to whoever sat next to…

Ben texted Landon’s mother to ease her worry saying they had a blast, played a few rounds of rock-paper-scissors, and that Landon even told him to stop making “dad jokes.”

Pedraza said he appreciated her kindness in sending the $10 but that it wasn’t necessary, and instead he made a $10 donation to an autism charity in Landon’s name.

Alexa’s worries were eased because of Pedraza’s kindness and her son’s first flight alone to visit his father was a success.