When Nicole Renae was 10, her grandmother got her a puppy. They named her Chloe. As any child does, Nicole loved her puppy endlessly. The two were a perfect match!

When Nicole was 14, her father made her get rid of Chloe because he wanted to work from home and for the home to be ‘quieter’. This left Nicole heartbroken. Due to her father’s selfish needs, Nicole had to give up her best friend. 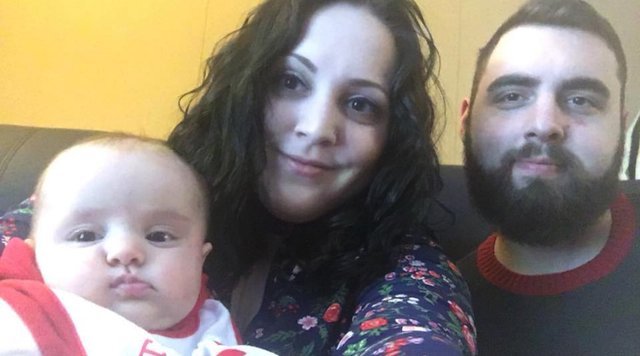 “We had no choice,” Nicole recalled. “I was just a kid, so I obviously didn’t have any choice in the matter. It was heartbreaking. I didn’t want to get rid of my dog. I just felt so sick and sad about it. I thought I’d never see her again.”

Chloe went to the Humane Society and called consistently to see if Chole had found a good home. They were not allowed to give her that information.

Fast forward to years later, Nicole is 22 with her own daughter. She knew that she wanted to bring a dog into the family so her daughter could bond with it just as she had done with Chloe. 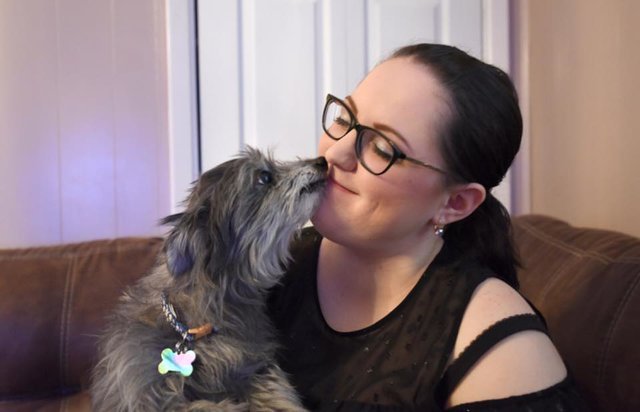 She saw on Facebook that a senior dog needed a home. Nicole adopted her because she looked exactly like her Chloe, and knew that she needed that comfort as the pain from giving her up still hurt.

The dog on Facebook also had the name of Chloe, just another coincidence. When Nicole arrived to pick her up, the dog was so ecstatic and was jumping all over her new mom.

Nicole knew, at that moment, that this was her Chloe.

Well, turns out the microchip on Chloe matched the numbers of their old dog. This really was her long-lost pup!

“I’m so happy to have her back. I get so excited to come home from work to see her each day. Chloe is happy. I think she knows now that she’ll be with me forever.”