Wild Burro Shot with Arrow Being Tracked by Animal Rescuers

Local rescue groups and volunteers are searching a canyon area in Southern California for an injured wild burro. He was spotted earlier this week wandering the Reche Canyon foothills with an arrow protruding from his forehead. 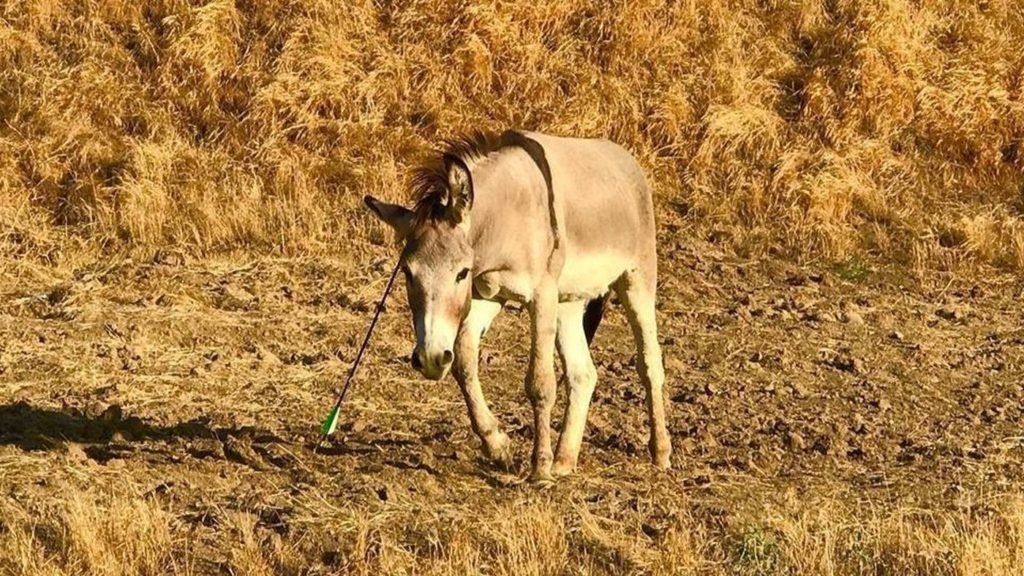 Currently, the burro has evaded capture, managing to sprint away from a wrangler on horseback even after being hit with two tranquilizer darts. In its last spotting, the arrow had fallen out, but a bleeding wound where the arrow had struck the animal was visible and rescuersÂ knowÂ theÂ wound needs urgent attention.

As it has thus avoided entrapment, officials are hopeful that the wound may not be life-threatening but the possibility of infection is certainly high.

Wild burros are a common sight in the Reche Canyon area, and so volunteers from Donkeyland, a burro rescue group, are helping track down the injured animal. A local animal lover even offered up a $1000 reward for information that leads to the capture of the suspect guilty of shooting the burro, which could carry felony animal cruelty charges. Wild burros are protected under the federal government making it illegal to injure, kill or capture them.