Every parent knows the torture of having a blabbermouth child. Sometimes it’s funny, other time’s it’s mortifying. Especially when you’re in the bathroom.

Blogger dad Clint Edward’s had the perfectly mortifying experience when he was at a rest stop with his 4-year-old daughter. They were two hours into a family road trip when he had to make a beeline for the bathroom, daughter in tow.

“I had no choice but to take my 4yo into the stall with me. Aspen watched as I struggled, Moana light-up crocs on the wrong feet, blue eyes wide and supporting, hands clapping. “Good job, Daddy! Good job! You make two poops! Now three poops! I’m four. Yucky, Daddy. It’s stinky.” 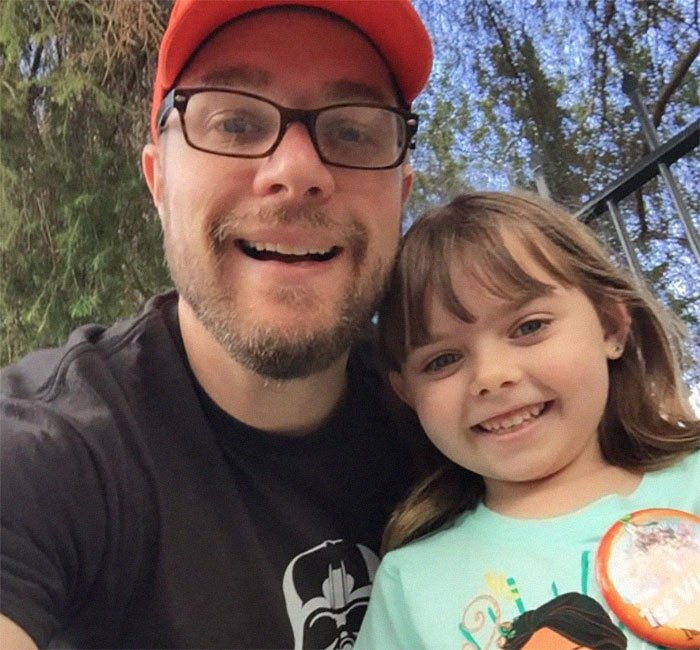 Edwards now calls young Aspen the “Richard Simmons of pooping.” Edwards was stuck with his daughter in a public stall as she cheered him on through his incredibly painful bowel movement.

Edwards blames himself and his wife. They claim to use very encouraging affirmations as she potty trains, which is absolutely where she gets it from. That, and being four-years-old, made this the perfect storm of embarrassment and poop.

Once Aspen proclaimed that her father was a “pooping-farting robot,” the man in the next stall burst out laughing.

Next thing Edwards cuts to is being back in the car, anti-diarrhea pills along with him. Check out his hilarious blog, facebook, and brand new book!

We stopped at a gas station in nowhere Oregon, two hours into a 12 hour road trip to a family funeral, when the diarrhea…