Students at Parkland High School Are Getting a Furry Friend

The students at Marjory Stoneman Douglas High School in Parkland, FL, are getting an official school therapy dog to provide emotionalÂ support for students. The high school, where 17 people were killed when a gunman entered the school in February of 2018, has called upon the assistance of River, a three-month-old mini Bernese Mountain Dog-Poodle mix.

A library media specialist at the school, Diana Haneski, and her husband, Ray, are adopting the pup and raising him for trauma therapy. During the attack, Diana helped shelter 50 students in the library and has seen first hand the trauma and struggles that have affected the Parkland community ever since. 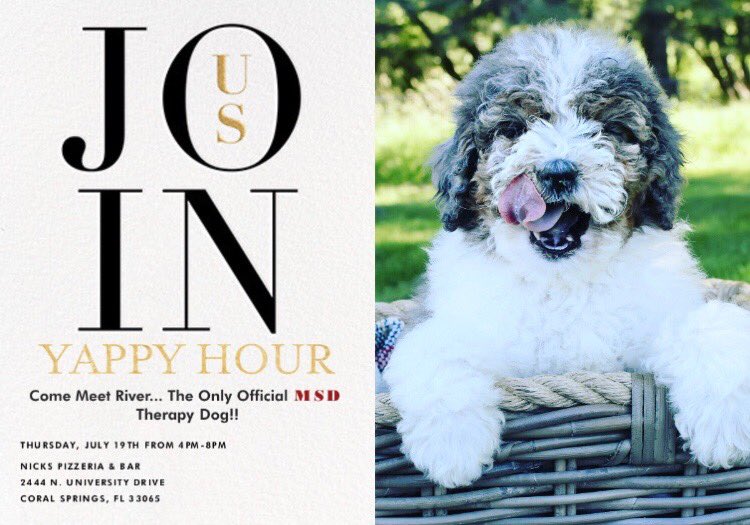 Diana met the pup earlier this week and is eager to bring him home. She described the introduction as “magical” and said, “River’s going to help in the future with a lot of struggles and trouble, and I’m trying to get myself ready to go back, so this is definitely going to help me.”

She’s even hosting a meet and greet with the pup at a local Pizzeria to kick off his official career as a therapy pup.Â River will grow to be between 30-45 pounds of pure fluff and happiness, something the Parkland community definitely needs.