What To Do When A Service Dog Approaches You By Itself

Most of us are not too familiar with service dogs and how they truly work. We’ve seen them on the streets and in stores with their owners. We know not to pet them since they are working to keep their human safe, but what about when you see one completely on its own?

There’s always going to be a reason for that, and it’s time sensitive. A woman her identified herself only as Tessa C. shares a story on Tumblr with her own personal experience on this subject, and it woke a lot of people up. 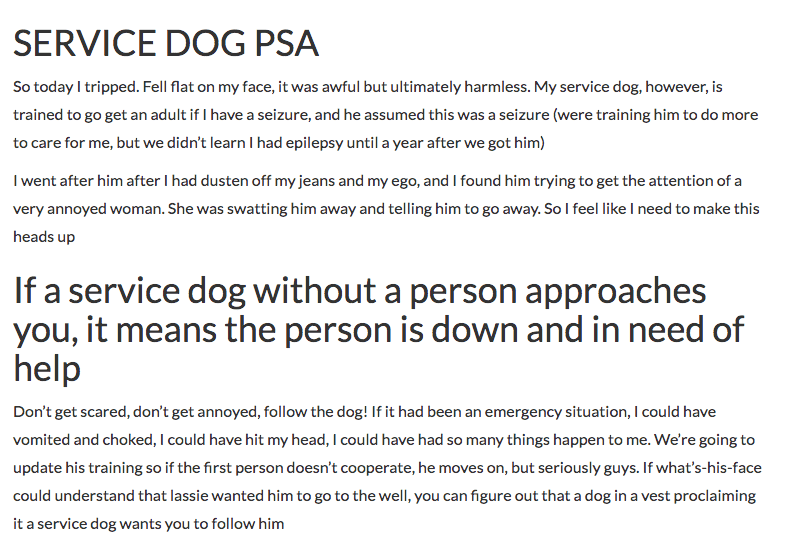 This ignited a firestorm of new knowledge all over social media. Tessa’s dog is new at this whole ‘being a hero dog’ thing, so he’s still learning. Tessa was just diagnosed with Epilepsy, so training her already very-good-boy was a task on its own as she needed him for guidanceÂ and help.

From this experience, Tessa is going to purchase a patch for her dog that says, “If I am alone, follow me!” This is a great way for people who still may not know to go and help.

She also says that he will update his training so he will move on from the person who is not cooperating. 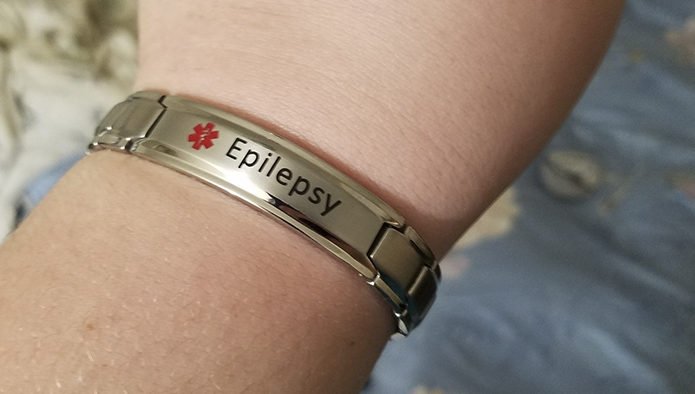 “I’ve had Raider for 2 Â½ years, and originally he was supposed to be for my autism. About 4-5 months ago, however, I was diagnosed with epilepsy. Never had a seizure before, and suddenly I had 3 in as many months. Training for epilepsy isâ€¦ Trickier. He’s learning though, and it should only be a couple of months until he’s fully ready to assist me.”