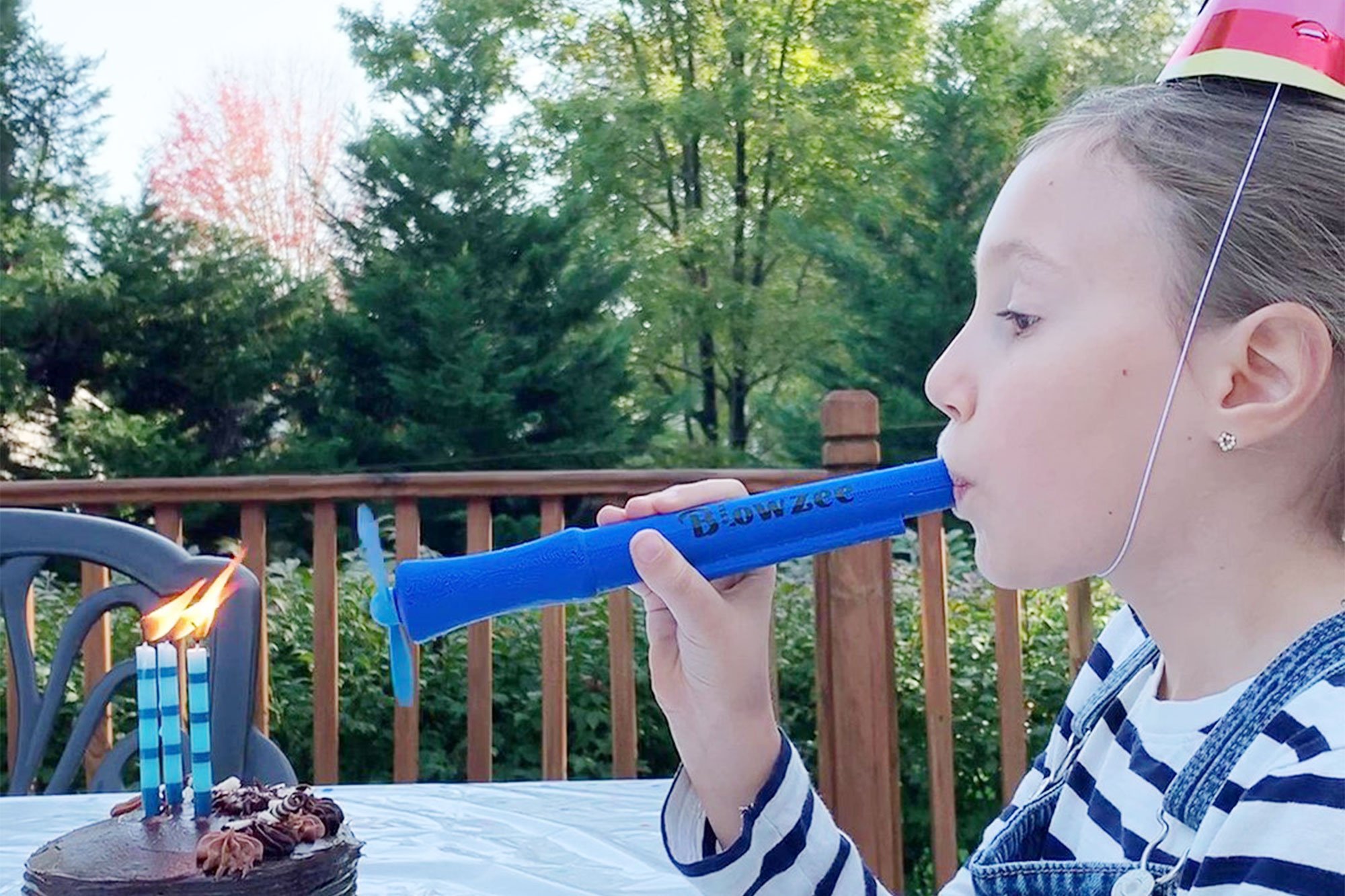 One Virginia man decided to bring his idea for an invention to fruition—and there's never been a better time for the device.

Mark Apelt, 44, has created something that allows birthday candles to be blown out without the flying spittle. The University of Virginia graduate said that he was inspired to come up with the idea while at a child's birthday party before the pandemic hit.

"We were at a kid's birthday party with some friends and the sun was coming through the window at just the right angle so that you could see all of the droplets fly through the air and all over the cake when the kid blew out the candles," Apelt said.

Apelt recalled chatting with other parents and wondering aloud whether or not there was a product that had been designed to prevent spit from getting on the cake during the candle-blowing tradition.

Apelt subsequently designed the Blowzee, a device that allows children to still blow out candles, but the air that is expelled from the device is not from their lungs.

"There's a little electric sensor in there, so when you blow into it, you're activating the sensor, and it switches on the fan, and that creates enough clean airflow to blow out the candle. Meanwhile, the air you blow circles around and comes back toward you," Apelt explained.

He is now selling the hit invention online.