Katelyn Ohashi snagged a perfect ten after delivering a flawless and entertaining floor routine for UCLA gymnastics two weeks ago.

The 21-year-old delivered the performance during a college meet, and the video of her performance soon went viral. Her tricks and skills weren’t the only thingsÂ that made her routine so impressive, she also made sure to pack it chock full of fun and sass. 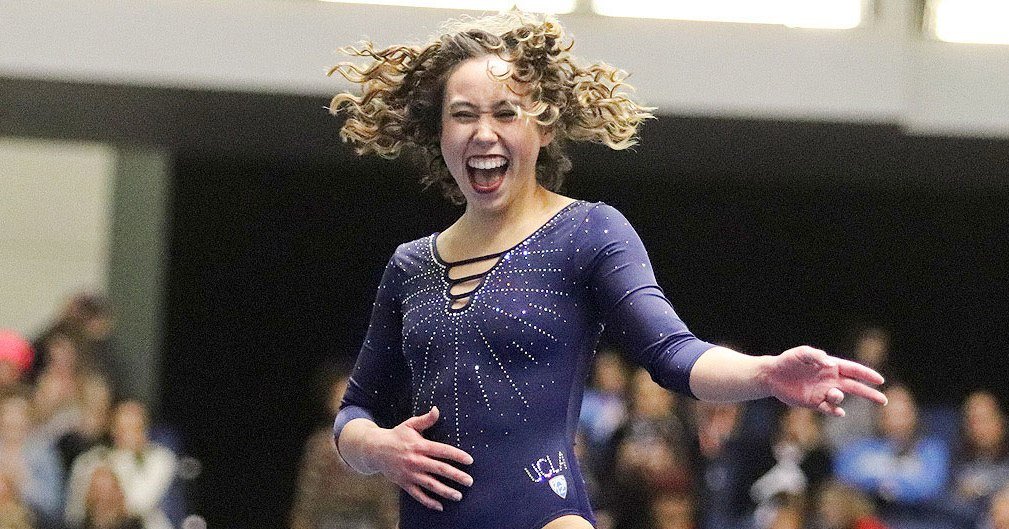 The routine was set to a mashup of Tina Turner, Michael Jackson, and Earth, Wind & Fire tunes, and onlookers danced along with the gymnast while he performed.

Believe it or not, this wasn’t the first, nor second, perfect ten of her careerâ€”it was her sixth.

Katelyn is a pretty well-known name in the gymnastics world as she beat out future gold medalist, Simone Biles, to win the 2013Â American Cup.

Though she never competedÂ at the Olympic level she has found joy in competing with the UCLA Gymnastics team.

Ohashi said she plans to use the routine throughout NCAA championships in April. Watch out, ladies!