Golden Retriever Leads Ambulance to Save His Owner’s Life

In Yuncheng, Shanxi Province, China, paramedics received a call about a collapsed garbage man in a residential alleyway.

As the ambulance rushed to the scene, a Golden Retriever appeared in front of the vehicle, seemingly waiting to lead them to the man. 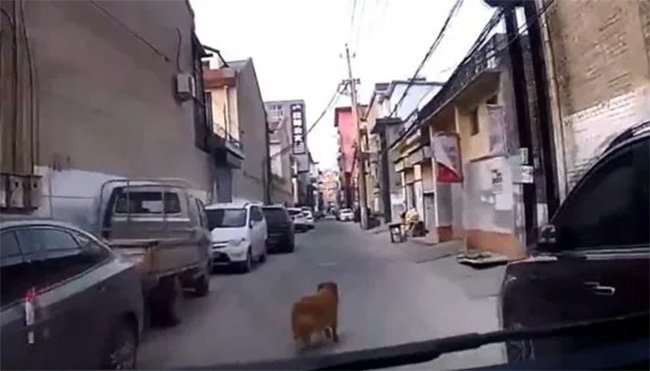 The dog didn’t move out of the way of the ambulance, instead, he led the first responders to the man, who turned out to be his owner.

Dashcam footage shows the golden looking back several times anxiously as if he was making sure that the rescuers were following behind him. He started to run faster then, winding through the tight maze of alleyways.

Thanks to the pup, the man was brought to the hospital for treatment and survived the whole ordeal.