When Lauren Mulvihill was called to the hospital to pick up 89-year-old Ronald Dembner when he was discharged, she was shocked at where she dropped him off.

The elderly veteran was living in deplorable conditions at his home in Stockbridge, Georgia. Lauren, who drives for Uber, expected Ronald to be greeted by family members or a caretaker, but instead Ronald told her he lived alone with his dog. 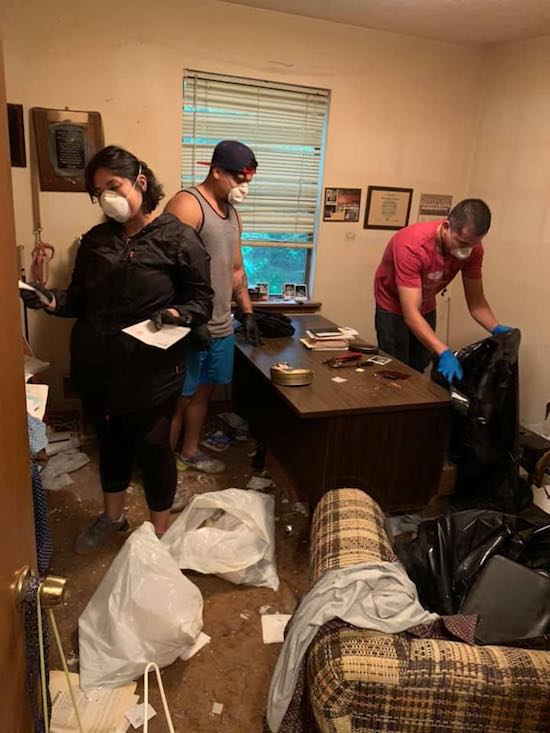 She helped him into his home and was shocked by the filth she found inside. She found mold, no railings, soiled rugs, and dog droppings on the floor.

Although Dembner is in a healthy mental state, he doesn’t get around as well anymore and felt too embarrassed to ask anyone for help. He was afraid that if anyone saw how he was living, they would take his home and dog from him, and after losing his wife, this was all he had left.

Mulvihill couldn’t let it go, though. She created a public Facebook group to rally together volunteers to help the lonely veteran. With over 800 members, they have already been able to clean the house, make repairs, stock the fridge, and remove the soiled carpets. Their next plan of attack is to repaint the rooms and professionally get rid of the mold.