People young and old love Disney. From amazing animations to iconic characters, there’s something nostalgic for everyone. For many though, the best part of Disney is the legendary theme parks. One Facebook mom had a problem with the ages of people attending these parks though, saying that they’re only for children. 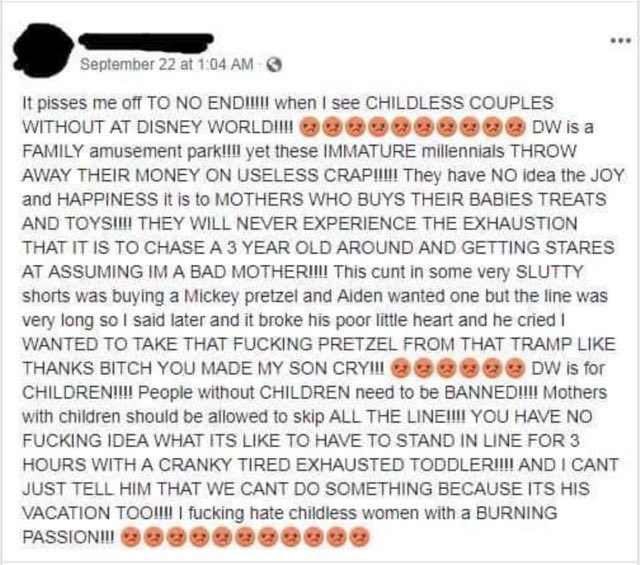 Obviously, Twitter had a lot to say about the post, which called out millennials without children for taking up space at the parks. Though many of these so-called “childless couples” grew up with the brand, the post still aggressively requests that they abstain from visiting the theme park.

If you’re going to argue something so petty you better be an INCREDIBLE writer. What is this https://t.co/eo88qLly0C pic.twitter.com/UddSDYJ1dn

The New York Post article questions whether the people at these theme parks have enjoyed the more ‘adult’ pleasures of life, ones that parents can’t enjoy as frequently anymore. While this might make sense, users agreed that people should spend their money however they deem worthy.

Seriously tho, who wants to help me organize an Unofficial Childless Millennial Day at Disney? Wear your sluttiest shorts and meet me in the pretzel line, fellow weird adult babies. https://t.co/kDgH0RUbUT

It seems no one will ever agree on who gets to enjoy Disney parks. Is the nostalgia capital of the world a place for kids or a place for everyone to rediscover their inner child? Maybe, it’s both.