Toddler Puts Parents $1,060 Savings in the Shredder, Luckily the Treasury Has a Loophole

Oh, toddlersâ€”they’re great, aren’t they? Not difficult or insanity-inducing at all.

Just ask the Belnaps, a family with a 2-year-old son, Leo. Leo found an envelope filled with cash that was laying on the kitchen counter of their home in Halladay, Utah. His parents had been saving up money to pay Ben Belnap’s parents back for the UniversityÂ of Utah football season tickets they had purchased for him and his wife.

They had kept it in a filing cabinet, but since they were nearing the end they left the envelope out so that they wouldn’t forget to deliver it to Ben’s folks. That’s when things got complicated.

One day, the envelope went missing. The Belnas tore the house apart looking for their savings.

Then it hit them… the shredder. 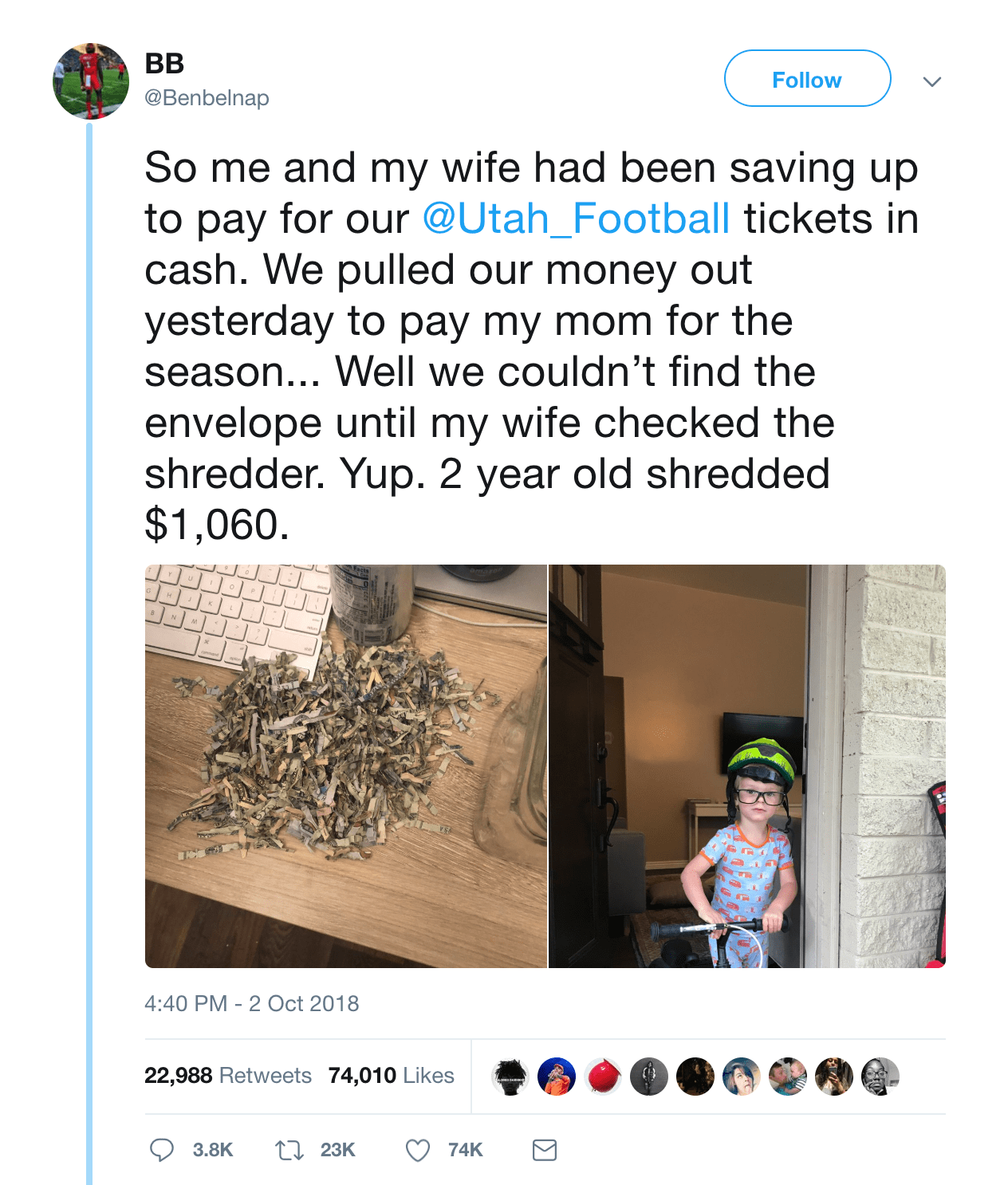 Leo loved to help them use the paper shredder, whether it was junk mail or important documents they needed to be destroyed, he was always willing to help them out. So, when Leo saw the envelope on the counter, he happily took it to the shredder for his parents and shredded their $1,060 savings.

After the initial shock, Jackee, Leo’s mom, could do nothing but laugh.

Her response? “Well, this will make a great wedding story one day,” Jackee said. 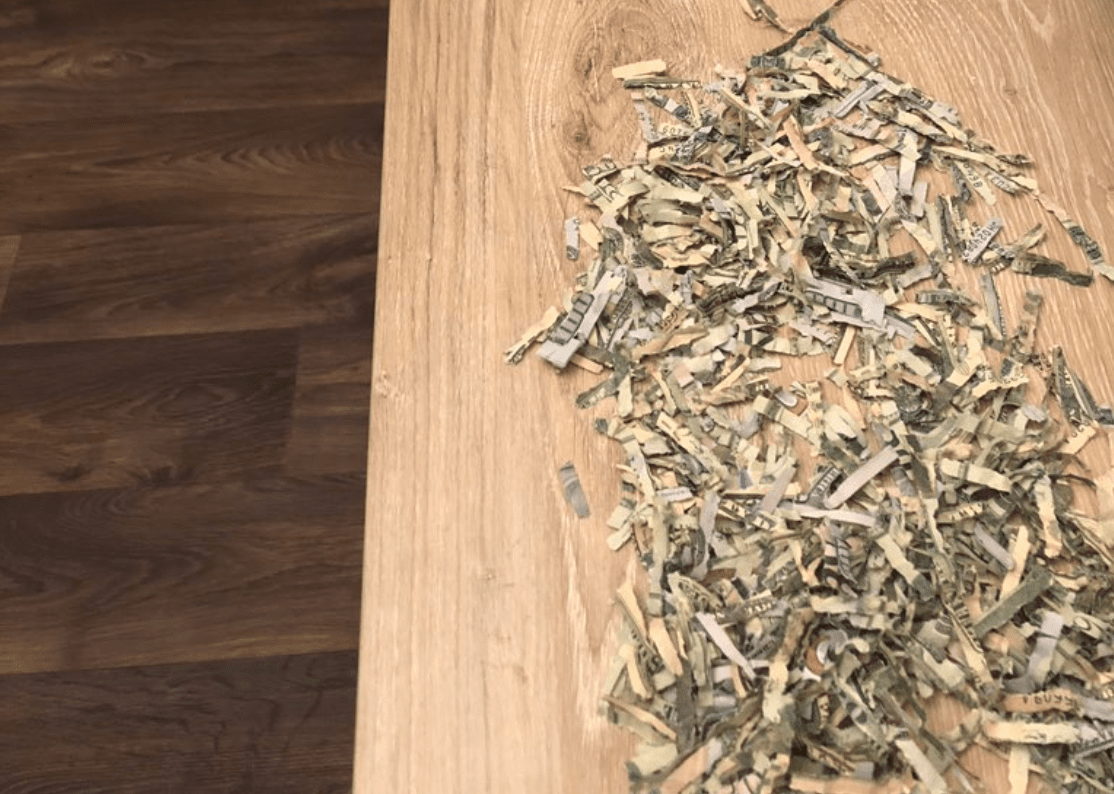 Luckily, for the Belnaps, all was not lost, as the US Department of Treasury can reimburse people for mutilated currency as a free public service, provided that they had all of the pieces of the destroyed bills. While it would be a while before they got their money back in one piece, it was relieving to know that this two-year-old moment could be salvaged.

When Ben posted the sort-of-hilarious-in-retrospect story on Twitter, Dr. Pepper reached out to him, as the “Official Drink of Fans” they offered to help the Belnaps cover the cost of the tickets.

See? Alls well that ends well, even if your two-year-old destroys your savings in a shredder.