To Calm Groom’s Nerves, Wife Had a Prank Set up for the First Look

Weddings don’t always have to be so serious and to the books! This couple, in particular, were able to weave their good-naturedÂ pranks into the day during the bride and groom’s first looks. 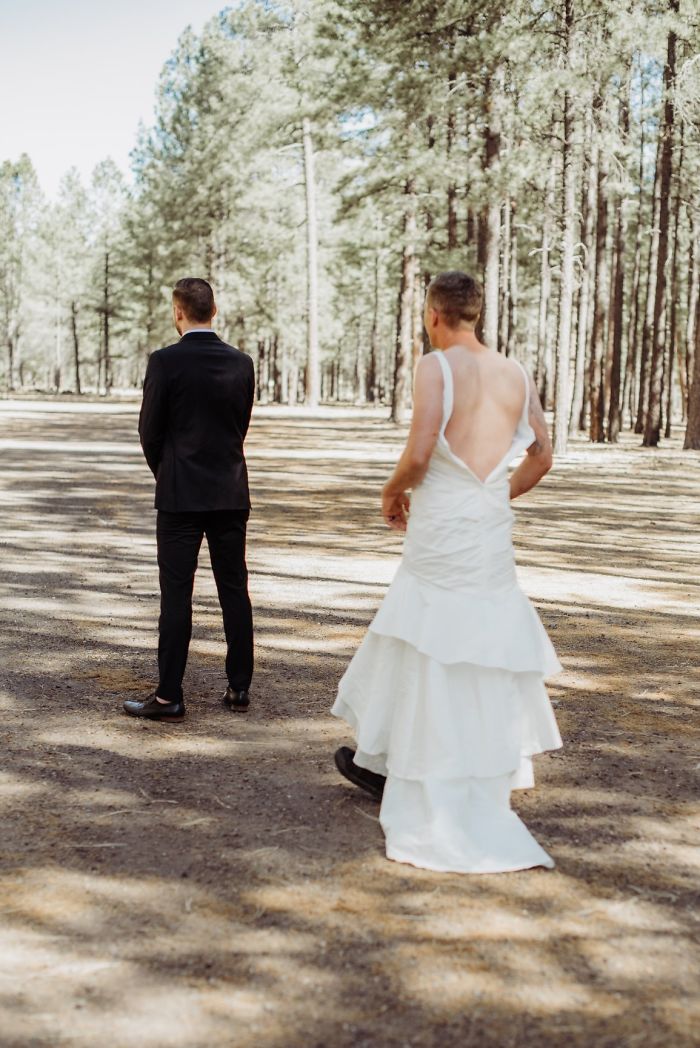 Val and Heidi Zherelyev were finally having a wedding ceremony after being eloped for five years. They were getting ready for the day when many people noticed that Val was extremely nervous and jittery.

Heidi, knowing her husband very well, knew that a joke was to be implemented.

Her father died when she was 18, so her older brothers were stepping in as much as they could. Her oldest brother, Carson, was officiating the wedding, which left Eric with nothing to do. That is until Heidi had the perfect plan. 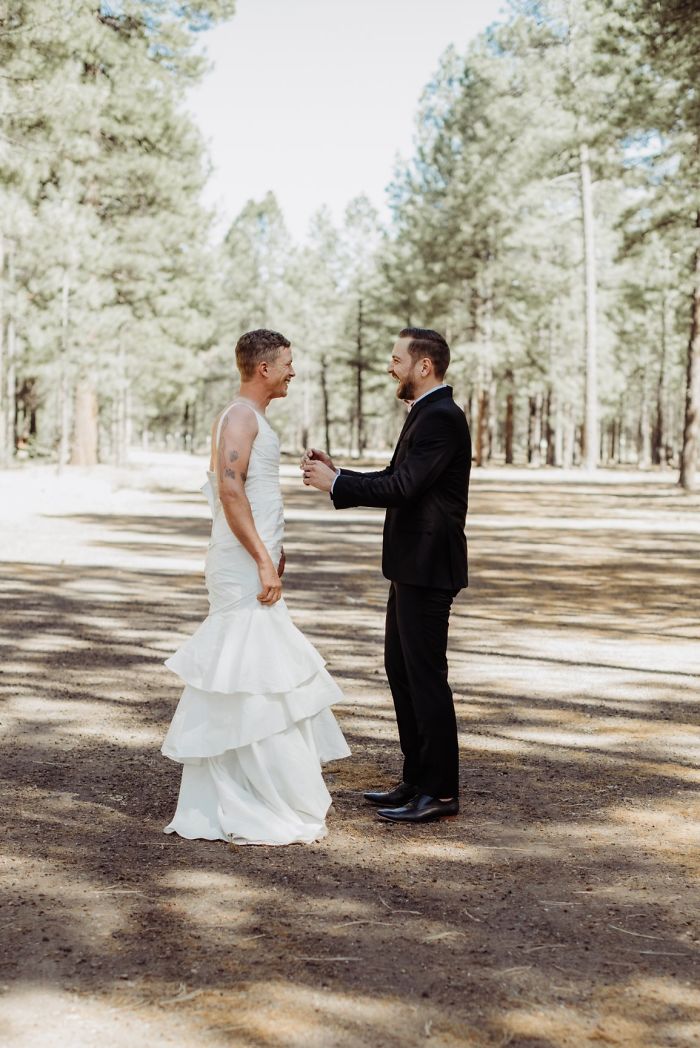 For the first look, she fitted her brother in an old wedding dress and sent him off for the big moment.

Photographer Kevin Chole knew this was something he wouldn’t forget!

Needless to say, her husband was laughing at his not-bride-to-be once he turned around. The last thing he expected was his brother-in-law, fully decked out in a wedding dress staring at him! 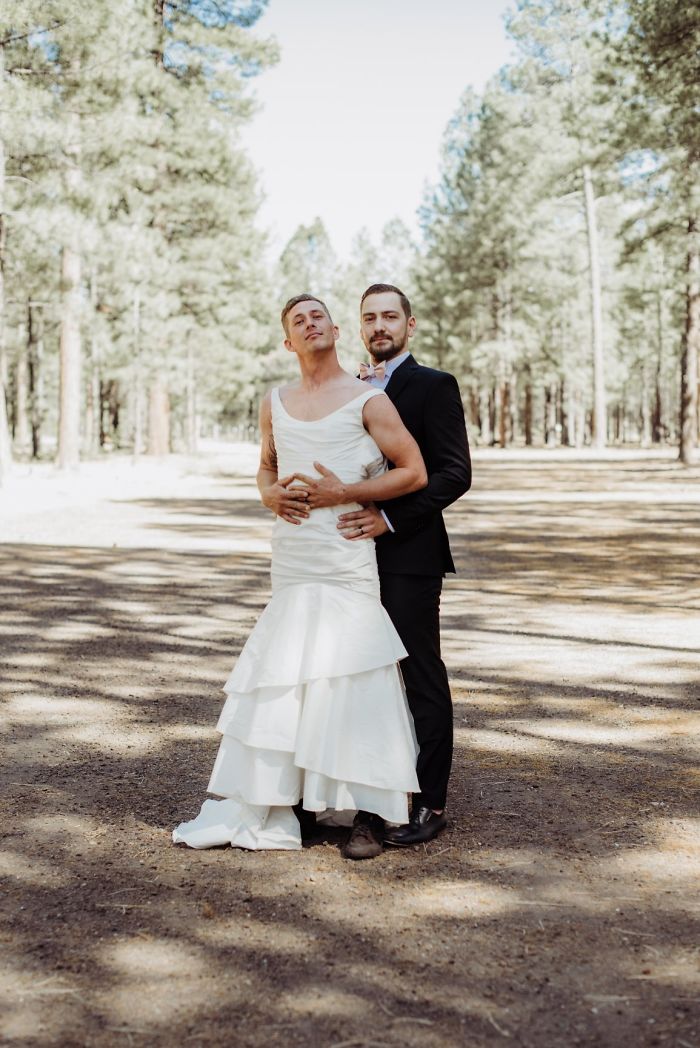 The photos went viral, naturally, so their story had to be told. Who doesn’t love an old-fashioned prank?