Mia Tomeo is a 17-year-old student living in Philadelphia, PA, and she's just about ready to head off to college.  When she got a letter from her dream school, Tulane University in New Orleans, she knew her family would have the best reaction no matter what it said. So, she decided to film it all on the popular video-sharing application, TikTok. As predicted, everyone lived up to her expectations.

posting bc i love these videos and this is the happiest i’ve been for a while getting into my dream school :):) #college #collegeacceptance #tulane

Mia's family totally flipped out. "It was an important moment for me. The school I had dreamed of for so long was close to possibly becoming a reality," said Mia about the video, "I decided to post it because waiting out college decisions is a very stressful time for teens, and watching acceptance videos gave me a little bit of hope which I wanted to share with others." Tulane accepts only 6% of applicants, so it wasn't a certainty that she'd be accepted. 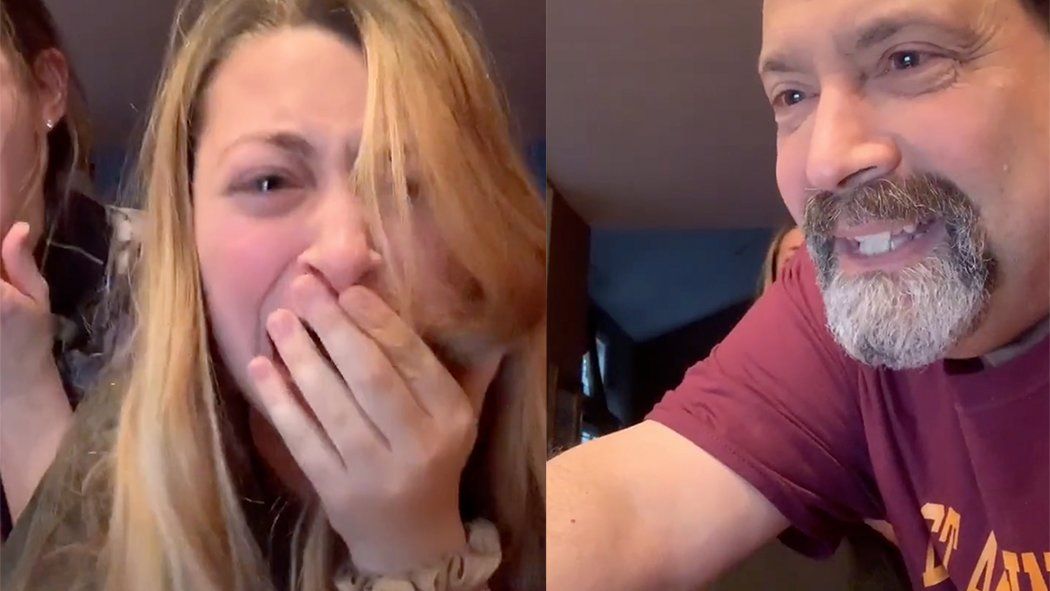 Mia was diagnosed with a chronic migraine syndrome in high school and was worried her poor attendance might affect her standing in the university ranking. "Luckily, I have finally found a migraine medication that is working, so going away to college is now possible," said Mia, "I believe that I was accepted to Tulane because I showed great enthusiasm for the school and that I have done well academically despite adversity."

It went viral when users started using her father's voice audio saying "No way! No way! No way!" for their own videos. Mia loves them all, saying "I do think the duets are all hilarious and I love watching them. My friends have been sending me any that they see and I laugh harder every single time. It’s all in good fun so I appreciate the creativity and humor."