This ‘Tuna’ Has People Fooled

Watermelon and sushi don’t sound good together, right? Well, this chef in Charlotte, North Carolina doesn’t think so. He serves the “Ahi Tuna,” which is a seared watermelon dish that looks just like a tuna roll.

The watermelon is first coated in a simple syrup made of sugar and mint leaves and then are sat in the mixture. The white part of it you see is actually goat cheese! 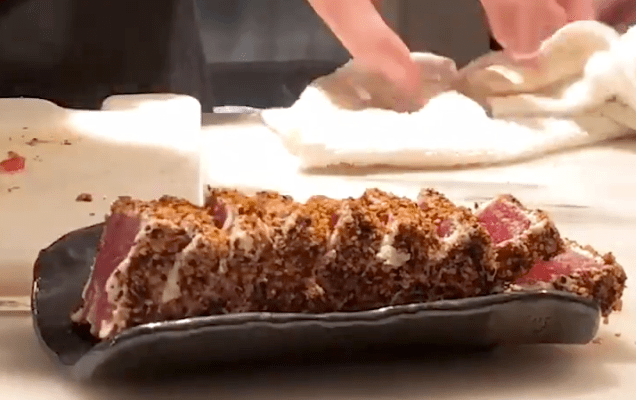 The chef claims that the tangy goat cheese and sweet watermelon compliment each other more than people might think.

Then, it’s coated in peanuts, multiple seeds, and chili flakes for the outer crunchy crust.

After that, it’s cut and served! Many customers think that the chef wrongly gave them tuna, it looks so similar!