This Pizza Restaurant Goes A Little Too Far With These Toppings

This wild pizza place has over 250 different concoctions of pizza toppings on their menu. Some of these pizzas seem like a heart attack on a plate.

They have some more mild pizza’s, like the cereal pizza. 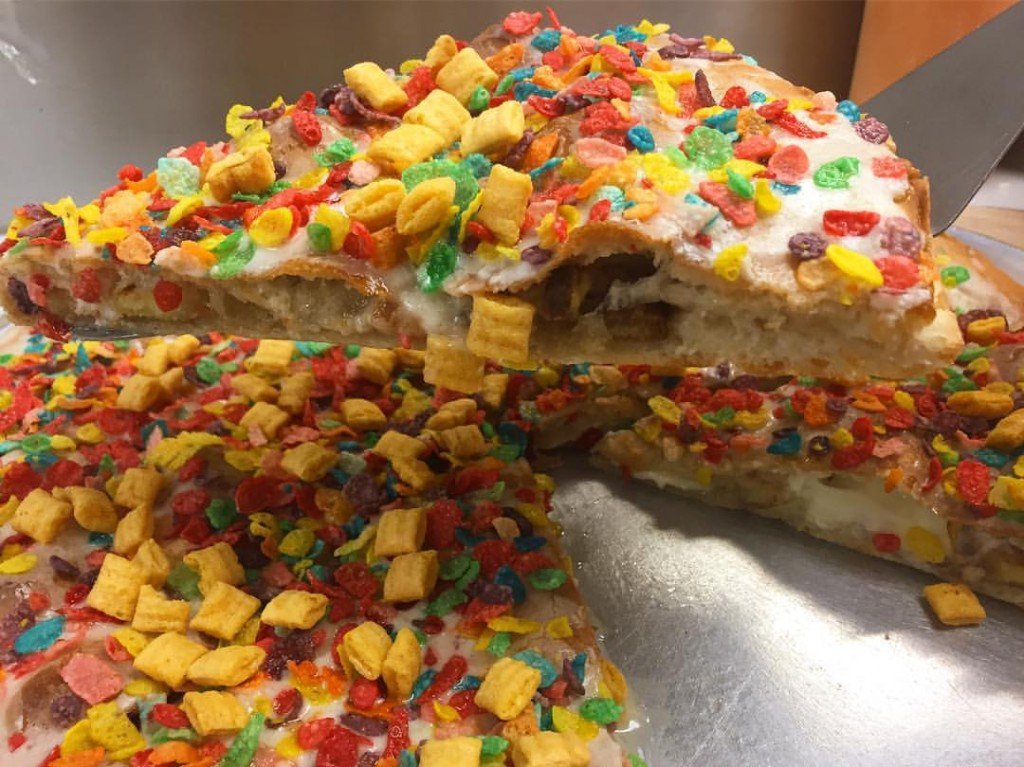 Chicken and waffles pizza is not exactly what you think it is. Yes, it’s topped with chicken tenders and BelgianÂ waffles, but it’s also stuffed with mozzarellaÂ cheese and bacon and topped with a honeyÂ maple glaze.

The cannoli pizza is probably the most doable, with a Nutella “sauce,” cannoli cream with eight cannoli’s placed on top.

Lastly, the most heart attack inducing pizza would be the cheeseburger pizza. There is a pound of fries, eight burger patties topped with cheese and bacon along with buns. The most insane part: the mac & cheese filling. 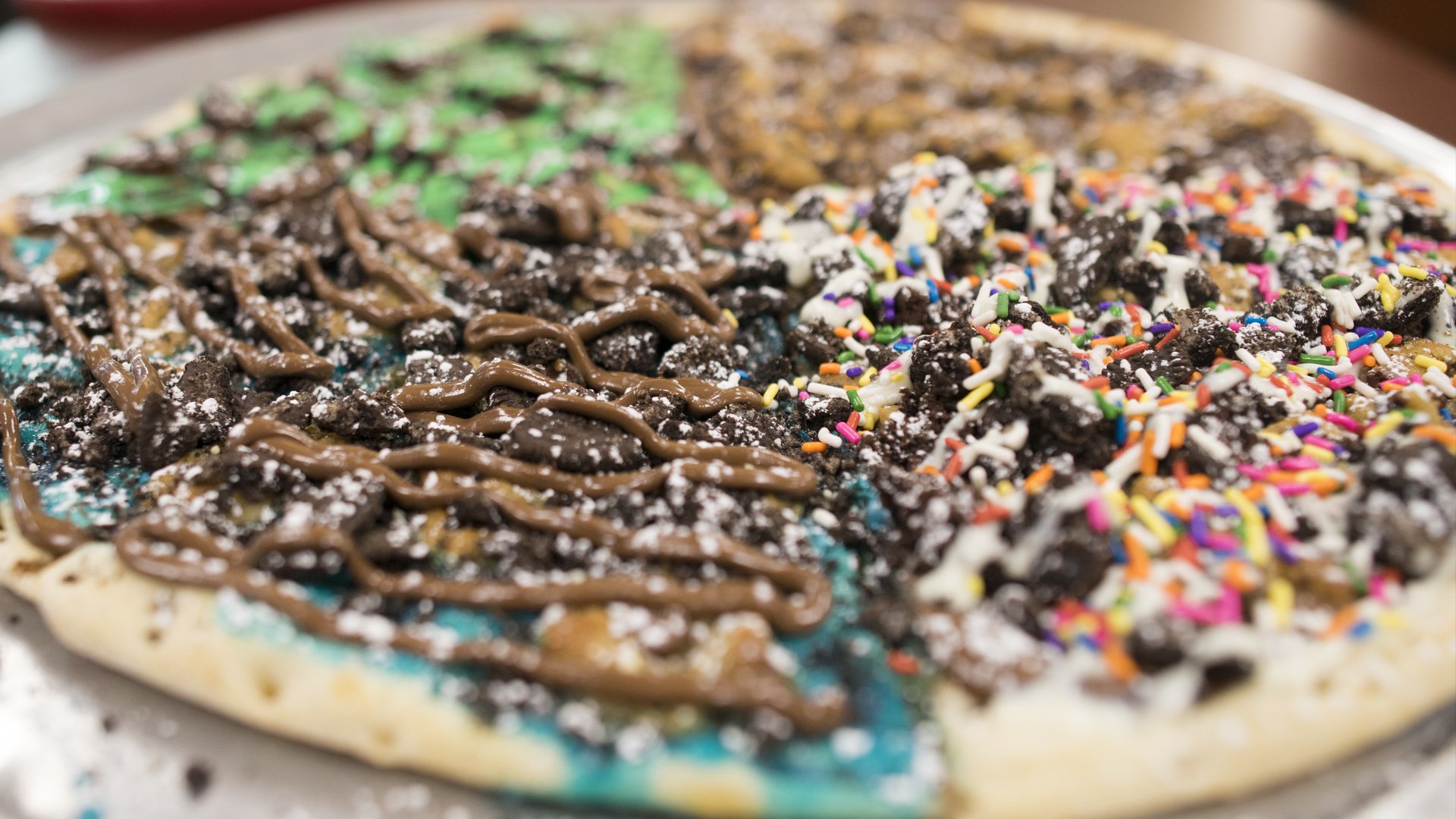 They’ve also got the dessert pizza, which is another mild pizza but still insane!