A DominicanÂ man revealed his new ink and proved that he may be the world’s biggest Michael Jordan fan. NBA writer, Adam Spector, shared a video of the man who got Michael Jordan’s jersey across his entire back, clad with an MJ autograph.

This major ink aside, the man also has the Nike Jumpman symbol tattooed behind his ear. Unfortunately, (or perhaps fortunately for his case) he’s not the only one to ink a major Jordan tribute on his body. Back in 2013, another big fan debuted his Jordan mural tattoo, featuring the Nike Jumpman silhouette, the Air Jordan logo, and more. 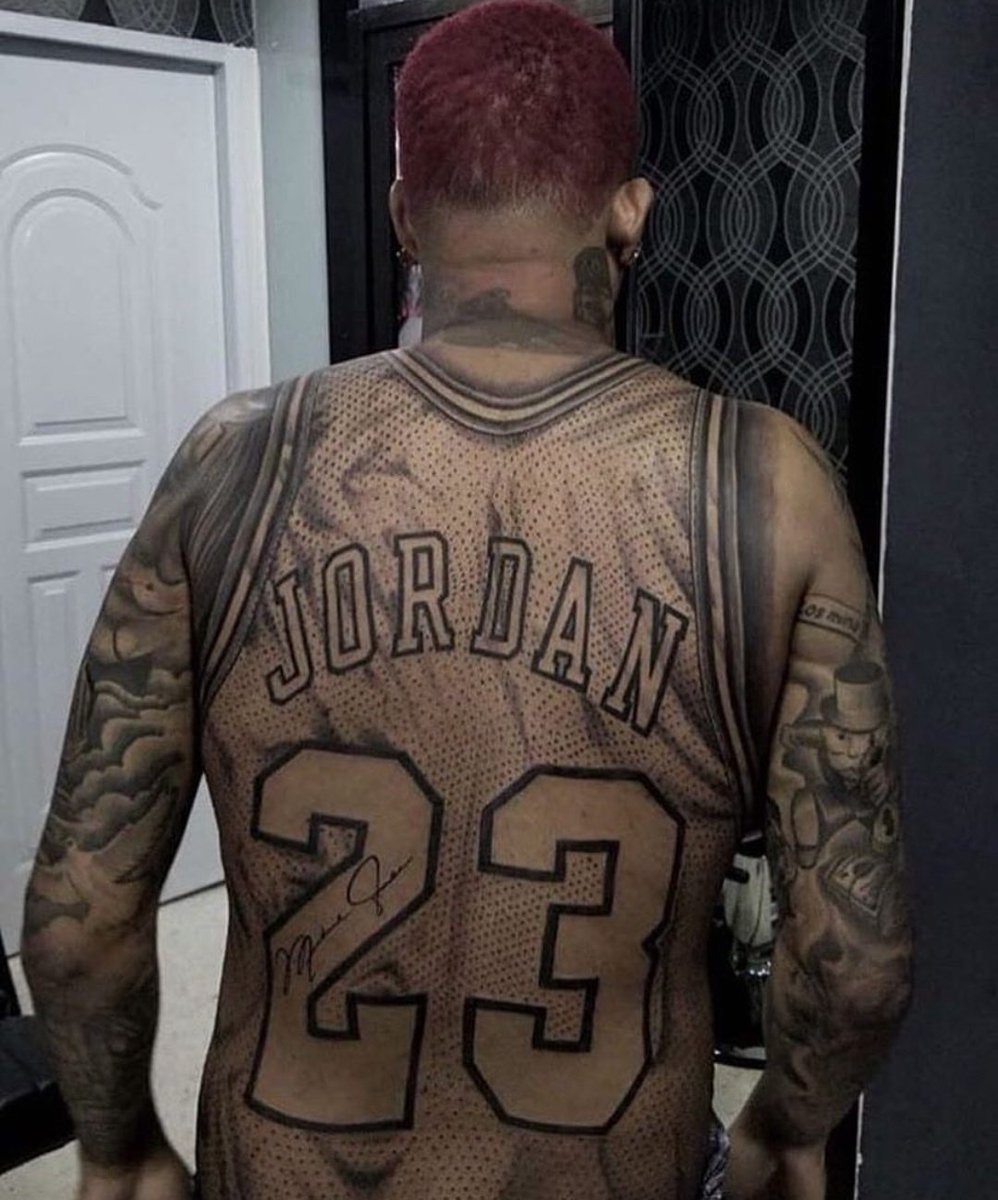 Basketball fansÂ aren’t the only ones crazy enough to commit to fan-ink of this size. Some soccer fans are equally as passionate, rocking their own inked Rio de Janeiro club Flamengo jerseys and the sort.

Thoughts on this sort of fan commitment? Would you dare?