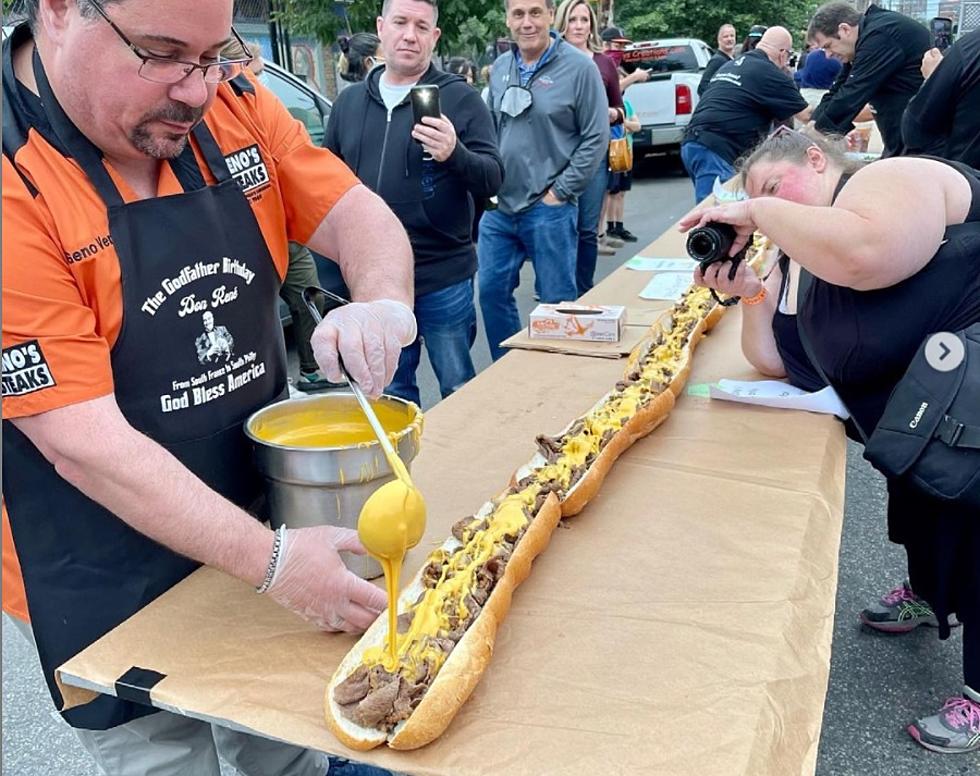 For those who may have been confused by all the traffic in Philadelphia on Monday evening, it had nothing to do with an accident—in fact, far from it. The gigantic cheesesteak that spanned three city blocks was most definitely an intentional creation.

The cheesesteak, which measured 510 feet in length, was constructed by cafe-owner Rene Kobeitri and chefs from neighboring restaurants, all of whom had gathered together for Kobeitri's birthday to build the monstrous meat-filled sandwich.

"Today's the day," Kobeitri said in an Instagram video. "I'm making the biggest steak in the [most] beautiful city in the whole world: Philadelphia." 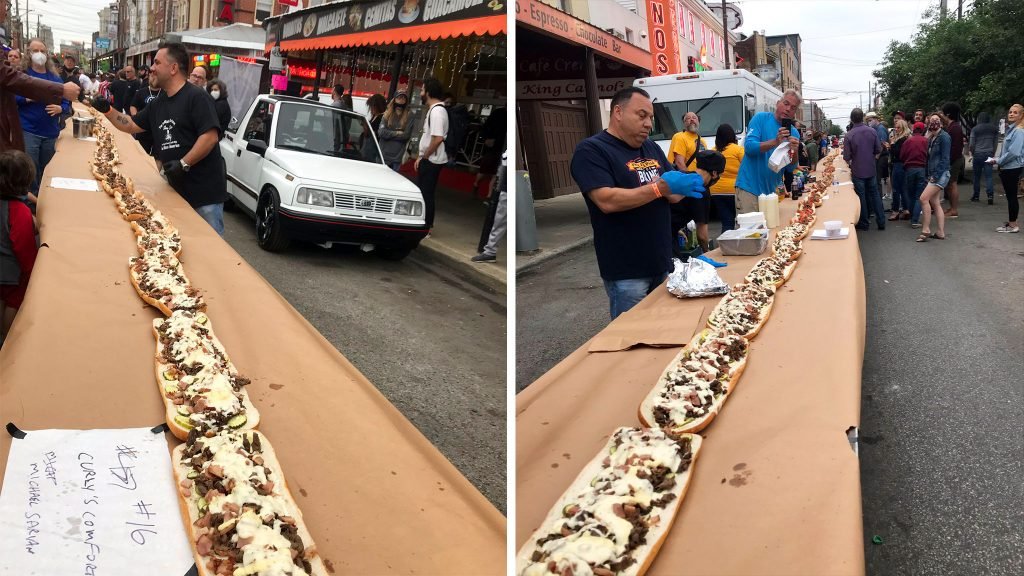 Kobeitri, who often goes by Don René, set out to beat the standing record of 480 feet by Steve's Prince of Steaks.

The hoagie was comprised of more than the traditional "Wiz wit" (Cheez Whiz and onions). In fact, every participating restaurant put their own unique spin on a portion of the massive cheesesteak, ranging from Mexican barbacoa to Japanese yakitori.

Whether or not the sandwich definitively broke any records, everyone was thrilled to come out and spread some brotherly love in the wake of a very difficult year.