Pregnancy announcements and gender reveals are all the rage on social media these days. Fancy decorations, funny puns, pet jokes, are just some of the many creative ideas couples use to announce to their world that they’re expecting.

Texas mom, Nicole Berkley, is already a mother of four, and yet, with number five on the way she wanted toÂ create a memorable photographic announcement.

And memorable it was… 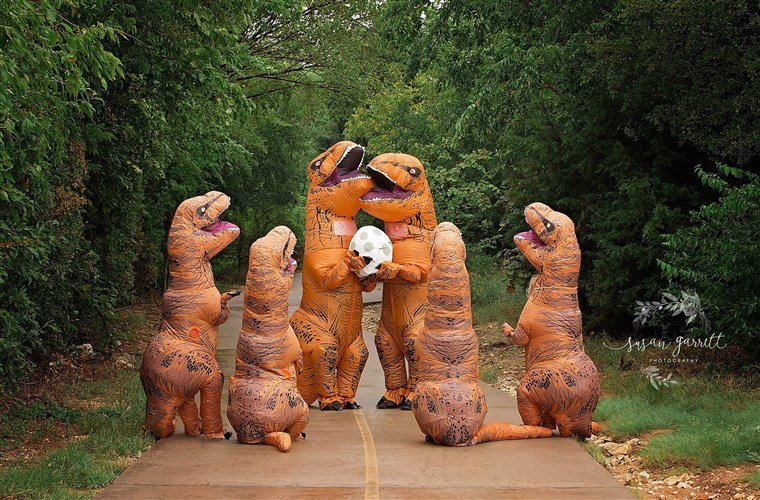 Berkley bought inflatable T-Rex costumes for her whole family and positioned the group around an egg with the sonogram photo and pregnancy announcement written on it.

This creative and downright hilarious idea was all thanks to her five-year-old son’s obsession with dinosaurs. As a photographer herself, she wanted to do something as unique as her family because she was tired of the cutesy stuff she had been seeing online. 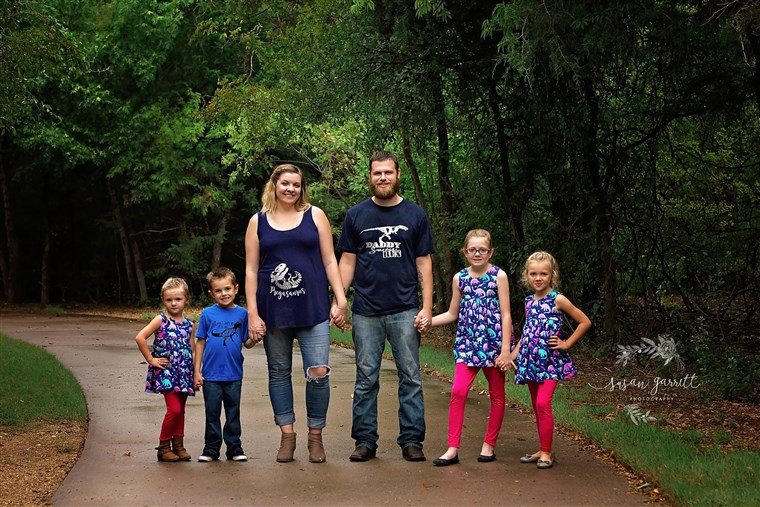 Her husband almost ruined the plan, though, as he was not too keen on wearing the T-Rex costume. Luckily, Nicole was able to convince him and this was one epic announcement photo. As soon as she posted it on Facebook she was contacted by local media outlets who, too, were loving the creative photos.

“If I’m being totally honest, I feel like people get less excited the more kids you have,” Berkley said. “It’s like, ‘oh look, another baby, great.’ So doing an announcement like this, in such an epic way, was so great and a lot of fun.”