Cam, played by Eric Stonestreet, has dolled himself into the beautiful Duchess Meghan. The look is Meghan’s beautiful look from the Trooping the Colour parade back in June. It’s an off-the-shoulder Carolina Herrera dress matched with a fancy fascinator. Even his hair copies Meghan’s perfectly flowing tresses! 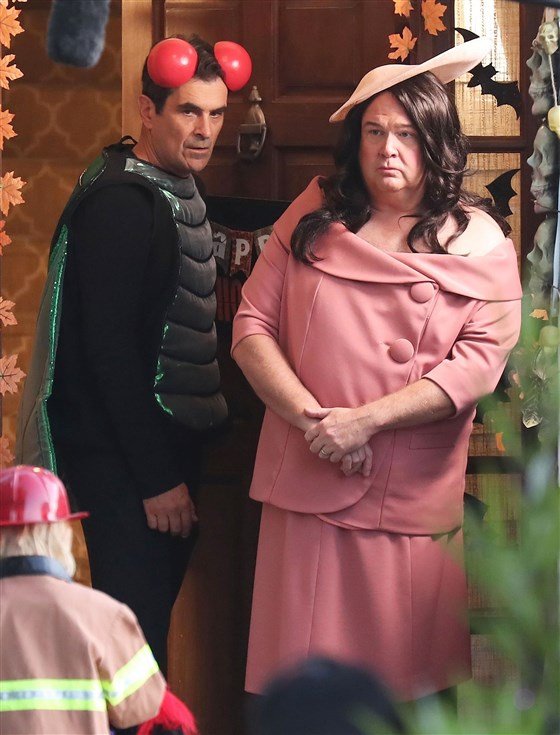 It’s even obvious that Cam has adopted Meghan’s royal body language with crossing his hands and standing sweetly.

His husband in the show, Mitch, is obviously playing her ginger haired Prince husband. They’ve obviously nailed this couple’s costume! Rumor has it this may be the show’s last season, so we’re thankful that they decided go go out with a bang for their coveted Halloween episode.