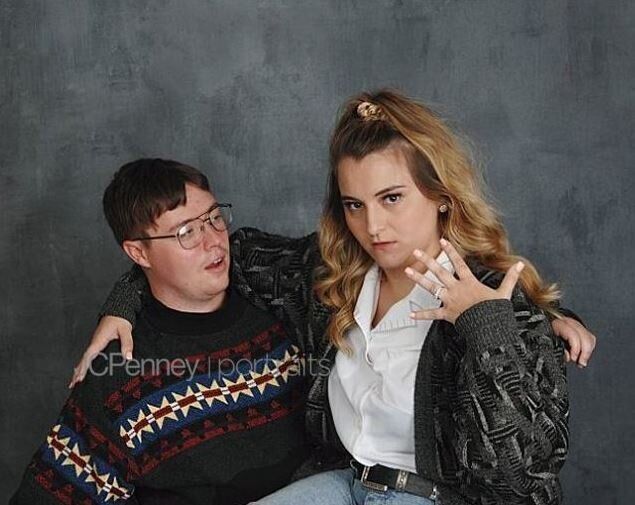 In true 80s fashion, they took the pictures at a JCPenny store in their hometown of Louisville, Kentucky in late August. “We ultimately decided on tacky ’80s photos just because we felt it was a good representation of both of us,” said Moxley in an interview, “and it was an opportunity to really shine.” 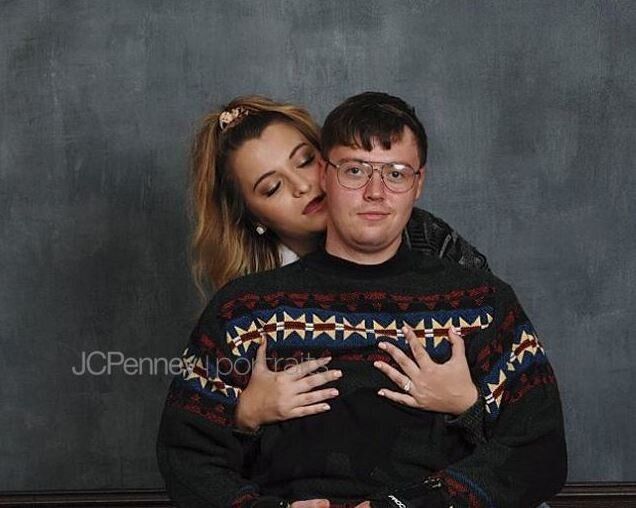 The couple styled themselves with outfits from the local Goodwill thrift store. Moxley defended the looks saying: “We had a pretty good grasp of what we wanted to wear based off of looking up and researching cringe-y ’80s portraits.” 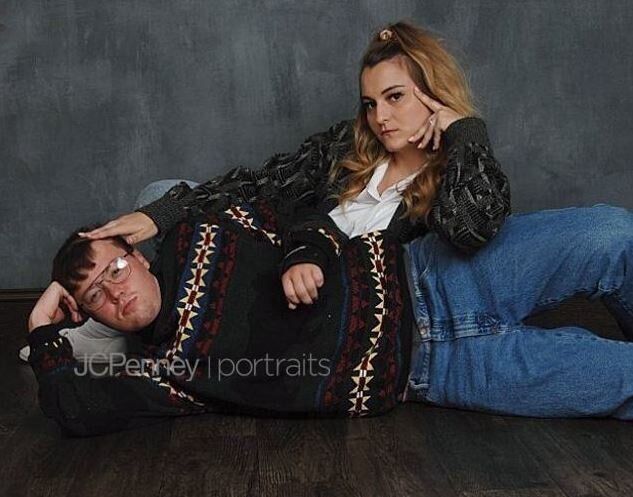 Though the photos are definitely weird, Moxley said that this type of strangeness is expected in their relationship. “We really do act like we do in those photos,” she said, “Behind closed doors, we have this unspoken competition to out-weird each other.” No date yet for the big day, but they hope to marry at Yosemite National Park.