During Twenty One Pilots set at Lollapalooza Berlin on Saturday, singer, Tyler Joseph, made a big announcement.

Tyler invited his wife, Jenna Joseph, onto the stage, who was rocking a visible baby bump. 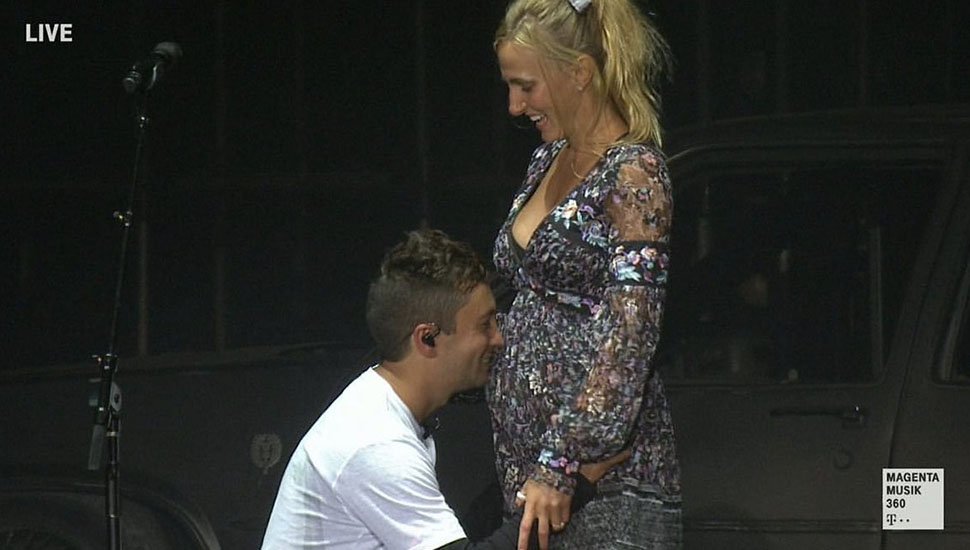 “I know I said I’m bringing a couple people on stage, and that’s two,” he said as he hugged his wife and her bump.

Fans at the festival cheered in celebration and filmed the sweet moment. Fans who were watching the live stream of the show shared the announcement and their congratulations on social media.

SHES PREGNANT I KNEW IT OMFG TYLER JOSEPH IS GONNA BE THE BEST DAD pic.twitter.com/BTDTQpJCfK

This will be the first child for the couple, and the first for the band, too.