This Cat Was the “Best Man” in His Human’s Wedding

While it’s pretty standard for dogs to join their humans on their wedding day, cats, on the other hand, are not typically wedding guests. For Aaron Benitez, though, his cat, Prince Michael, was an honored guest on his big day.

Aaron and Prince Michael are renowned on YouTube and have millions of subscribers across their social media channels, so it only made sense that Prince Michael would be included in Aaron’s wedding. But this cool cat wasn’t just included, he was the best man! 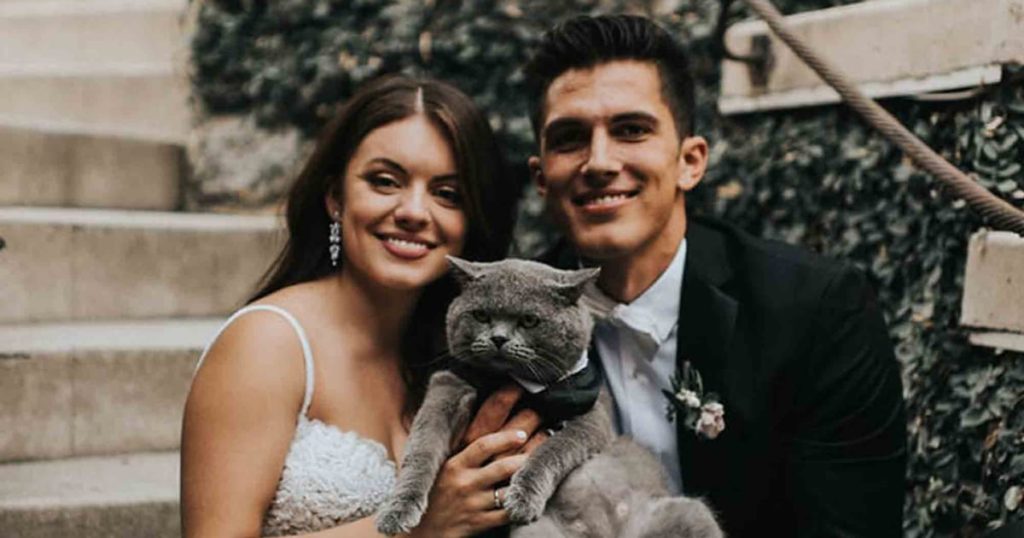 Aaron’s top priority when it came to wedding planning was that the venue selected allowed cats. After they found the perfect spot, he ordered Prince Michael a custom kitty tuxedo.

“He actually did a ton throughout the day,” said Benitez. “Aside from strutting down the aisle, his biggest role was keeping the party going well into the night. As a groomsman, he kept everyone in the wedding party entertained and energetic.”