These Kids Had Some Wild Behavior During the Pirates Game

For many, taking home a foul ball is a lifelong dream. One Pittsburgh teen, however, couldn’t care less. The mischevious member of Gen Z caught a flying ball and instead of holding onto the souvenir, decided to quickly chuck the ball into the river behind the stadium.

Was watching the Brewers and Pirates game then as Hiura hits a two run homer, a Pirates fan then catches the ball…. pic.twitter.com/OxYYLD6GfG

The madness doesn’t stop there. Later, another young Pirates fan caught a foul ball. Trent Grisham was on the run to the back wall, about to make an impressive catch, but the young fan beat him to it. With a quick grab, the play was foiled. He finished it off with some aggressive childish taunting.

The kids are really talkin’ that talk! ðŸ‘€ pic.twitter.com/YFY1QjkjBH

Sad for Pirates fan, it was Hiura who had the last laugh. He hit a straight-to-center home run. The Milwaukee Brewers enjoyed an easy walk through the diamond, and no taunting fans could say anything about it! Even Ryan Braun got a high-five from umpire Joe West. A Good game for all! 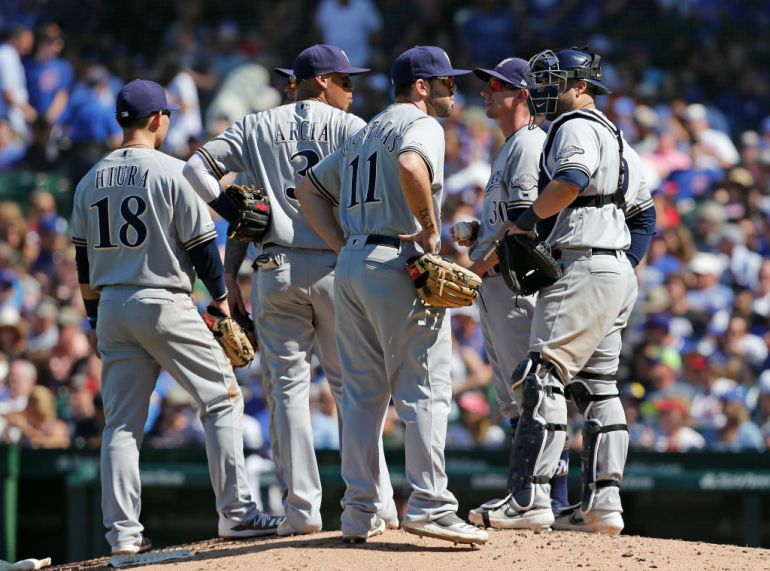 The game closed out with the Brewers beating the Pirates 8-3. Those meddling kids didn’t get any more headlines, but they probably spent the rest of the game screaming from the stands. Something tells us the Brewers will get over the teasing!