Huff was the first football player of all time to be featured on the cover of Time magazine, in addition to being the first football player to be given a television show. He was a 6-time All-Pro player and a 5-time Pro Bowler, as well as the 1956 NFL champion. He was inducted into the Pro Football Hall of Fame in 1982 after his television show “The Violent World of Sam Huff” was in full swing. 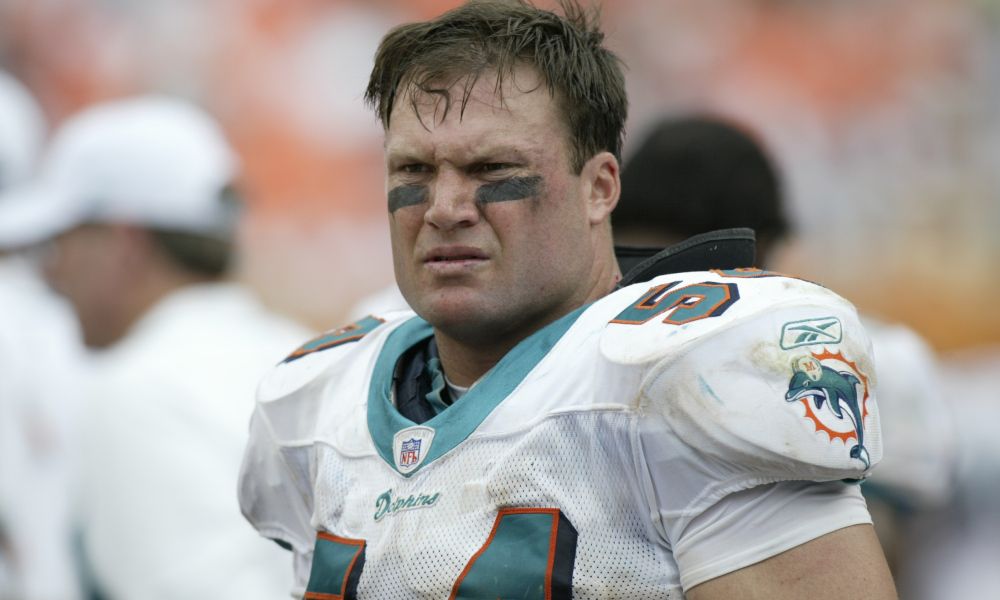 Zach Thomas was a relatively small man, for someone who was a legendary linebacker. At 5’11 and 242 pounds, Thomas commanded the line with his speed, creativity, and intuition. He was named the AFC Defensive Rookie of the year when he started on the Miami Dolphins in 1996 and was named an All-Pro five times before the end of the career.