The Terrifying Conspiracy Behind the Pizza Bomber

A lone man robbed a bank with a suspicious device around his neck. He had a cane that doubled as a shotgun, and was demanding $250,000. Already, the small town of Erie knew that this wasn’t going to be an ordinary bank robbery. They had no idea that this would plague the town for the next decade…

It Started With a Bank Robbery

In the late summer of 2003, reports of a bank robbery began to flood police communication systems. The suspect was a White male who had a cane. He demanded $250,000 but only got $8,000. 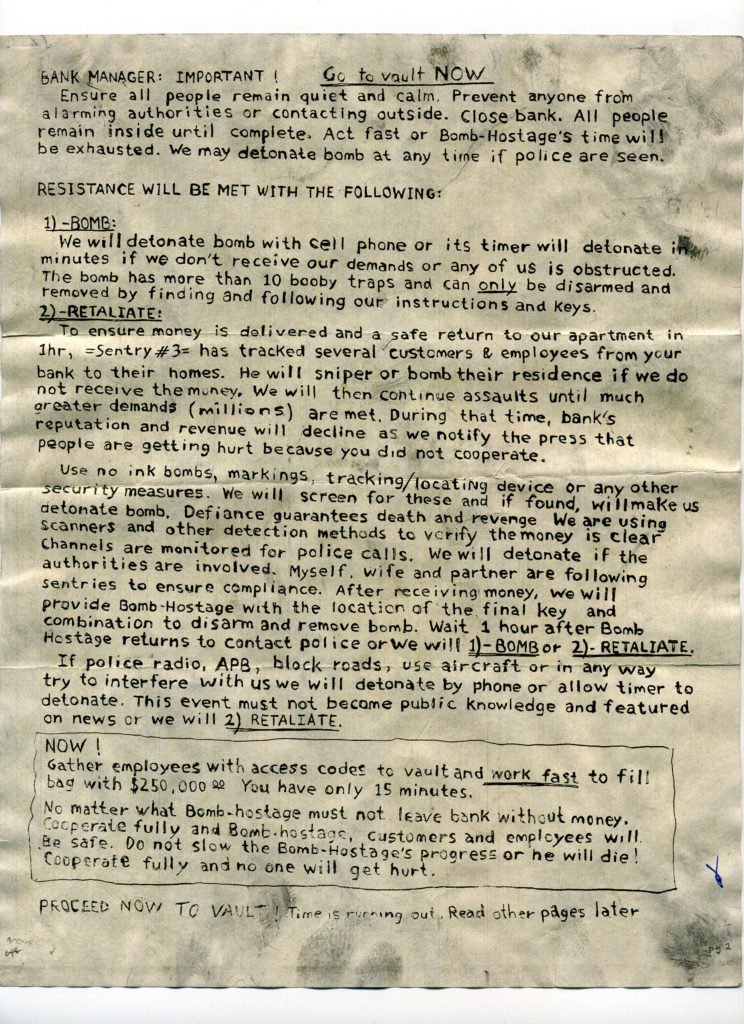 He handed a note to the teller that said there was a bomb around his neck and that it would go off in 15 minutes. After Wells left the bank, a witness called the police and said that a man leaving with bank with “a bomb or something wrapped around his neck” just robbed it. Police knew the bomb was a fake. He was reported to be calm and collected during the robbery.