The Patent for the Plastic ‘Pizza Table’ is 34 Years Old

File this under, things you really never cared or wondered about all that much…

On February 12th, 1985, Carmela Vitale invented a plastic device that would change the way pizza was delivered forever.

The plastic three-legged tripod dubbed a ‘pizza saver,’ is placed in the center of the pizza to prevent the box top from sagging and crushing the pie. Vitale, a woman from Dix Hills, New York, patented the little plastic tableâ€”and now people are reminiscing thanks to Twitter.

Happy birthday to the pinnacle of human innovation. pic.twitter.com/4UZIp3myEE

What was the actual point of these?? My parents used to clean them after we were done with the pizza and stick them into unused plug sockets to stop us electrocuting ourselves and if that's not the most 1st generation immigrant thing you've ever heard I don't know what is https://t.co/a9jJ0F663C

The abstract for Vitale’s patent reads: “A temperature resistant molded plastic device is described for use in boxes or packages such as pizza boxes where there is a tendency of large cover portions to sag downwardly to damage the soft pizza or other packaged products.”

But what she didn’t know, was that people would soon be using the pizza saver in unconventional ways. 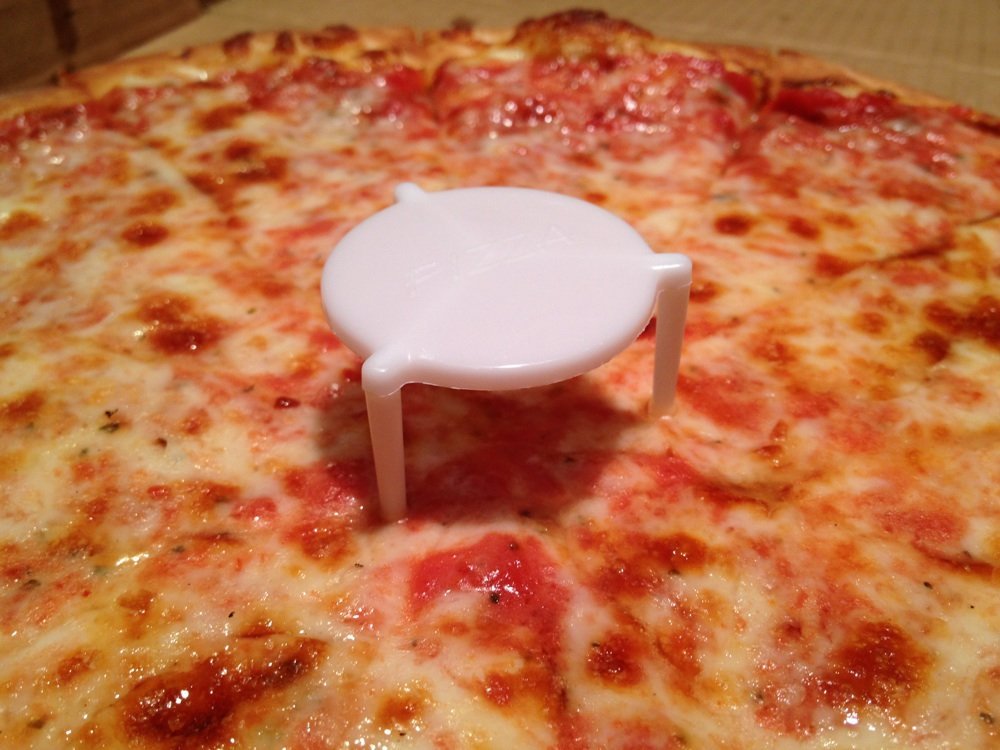 Whatever your use for the pizza saver, Vitale’s invention sure saved everyone a number of unfortunate and heartbreaking crushed pies.