The Most Ridiculous Signs Ever Spotted in Public

Sure, we’ve all seen our fair share of restaurant signs that teenagers had their fun with… but this gallery is filled with signs that are hilarious all on their own.

Warning: as the list goes on, the laughs will get louder! 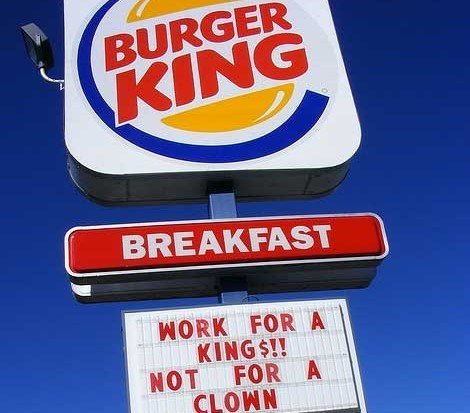 Shot’s fired, Burger King… but they make a valid point. Whoever was the brain behind this signÂ surely deserves a raise. This is one rivalry that never gets old.

Subway is known for a whole lot of things, the $5 footlong, a sketchy CEO, but their free napkins really need a bit more attention. There’s nothing better than free, right?