Did you wear your pink today?

In honor of National ‘Mean Girls’ Day, we bring you the “The Burn Cookbook” by Jonathan Bennett (who played Aaron Samuels in the film) and chef, Nikki Martin.

#OnWednesdaysWe eat pink shrimp tacos and brunch with bae @itsnikkimartin ðŸŒ®ðŸ’žTag a friend that's jealous of your perfect pink taco below. Swipe for the @burncookbook recipe! (And tune into stories to see our #burncookbook brunch LIVE at the @sofitel)

“Food Network Star” finalist, Nikki Martin, co-wrote the book. Bennett isn’t new to the cooking scene, either, as he currently appears as the host on the Food Network show “Cake Wars.”

Bennet’s inspiration from the book came from a heartfelt place, saying,Â “What really inspired [the book] was my mom was a chef and I grew up around cooking my whole life. I was always in the kitchen with her. I really immersed myself into this cooking space and really have fallen in love with it,” Bennett said. “My mom passed away and she had all these recipes that were amazing … I wanted to make sure those recipes didn’t just disappear. I wanted to make sure that they lived on forever.” 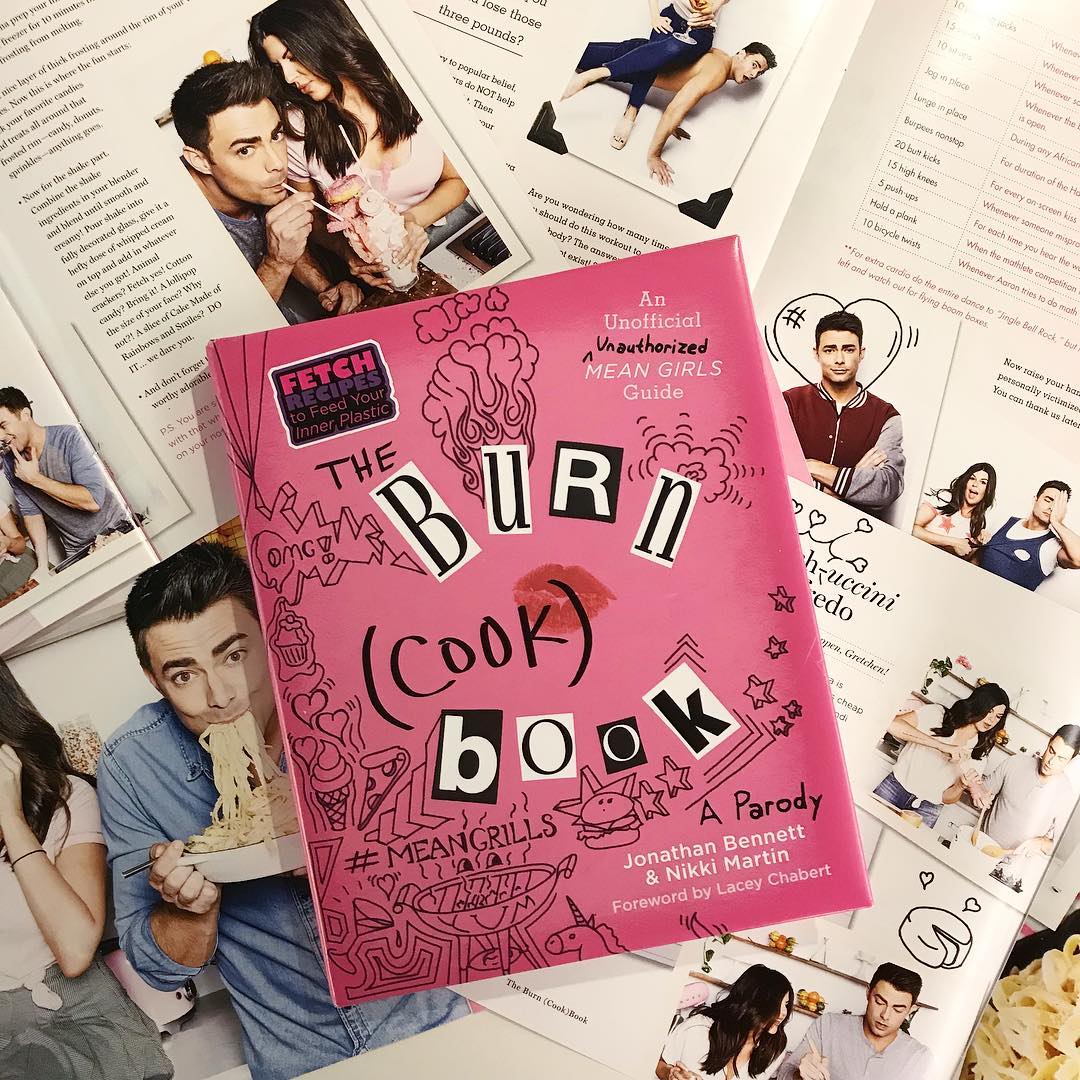 Bennet said that many of the recipes in the book are some of his mother’s classics fancied up with ‘Mean Girls’ inspired names.

He added, “So we came up with just some of the most hilarious ideas ever … and that was the fun part of coming up with how can we take really famous quotes and favorite parts of the movie and turn them into food.”

Lacey Chabert, who played Gretchen Wieners in the film even wrote the foreword for the cookbook.

So, if you’re looking for a recipe for dinner tonight to celebrate the national holiday that is ‘Mean Girls Day’ look no further than the Burn (Cook) Book.