The internet gets weirder every day, and today is no different. Twitter user Rebecca Vincent tweeted out a picture of her Stephen-Fry-tattooed stomach with the caption “Can someone let @stephenfry know I’ve had him tattooed on me for about 5 years. Thank you.” It wasn’t long until the comedian responded.

Can someone let @stephenfry know I’ve had him tattooed on me for about 5 years. Thank you. pic.twitter.com/ndd6WtDxmz

Stephen Frye replied to the tweet a few days later. He said he felt “greatly honored” by the dedication and wanted to make sure he never did anything that would cause her to remove it. Stephen Fry does not want to be canceled in 2019!

Oh my, Rebecca. And right by your clam … heaven bless us all. I am greatly honoured. Important I dedicate the rest of my life to not doing or saying anything so dreadful that you have to remove me … xx https://t.co/hWGWy1maxy

Stephen Fry made recent headlines when he revealed last month that he considered becoming a member of the clergy. Nowadays though, he considers himself an atheist. He said he liked the songs, buildings, and art of the Church. Hopefully, this tattoo will suffice! 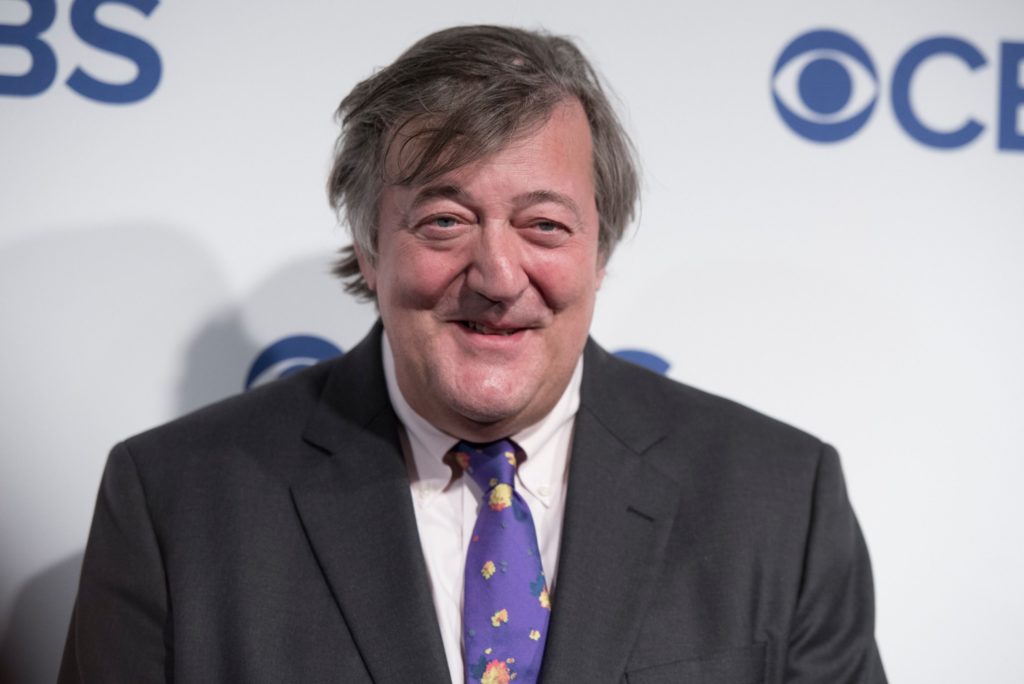 Commenters and Stephen alike were impressed with the realistic tattoo, along with Fry’s comedic response. Stephen is best known for his work in comedy, presenting, hosting, and writing. Going forward, add ‘tattoo muse’ to the list.