Riley handwrote a letter to Steph Curry of the Golden State Warriors asking him why his Under Armor basketball sneakers, the Curry 5s, were only available to men and boys. 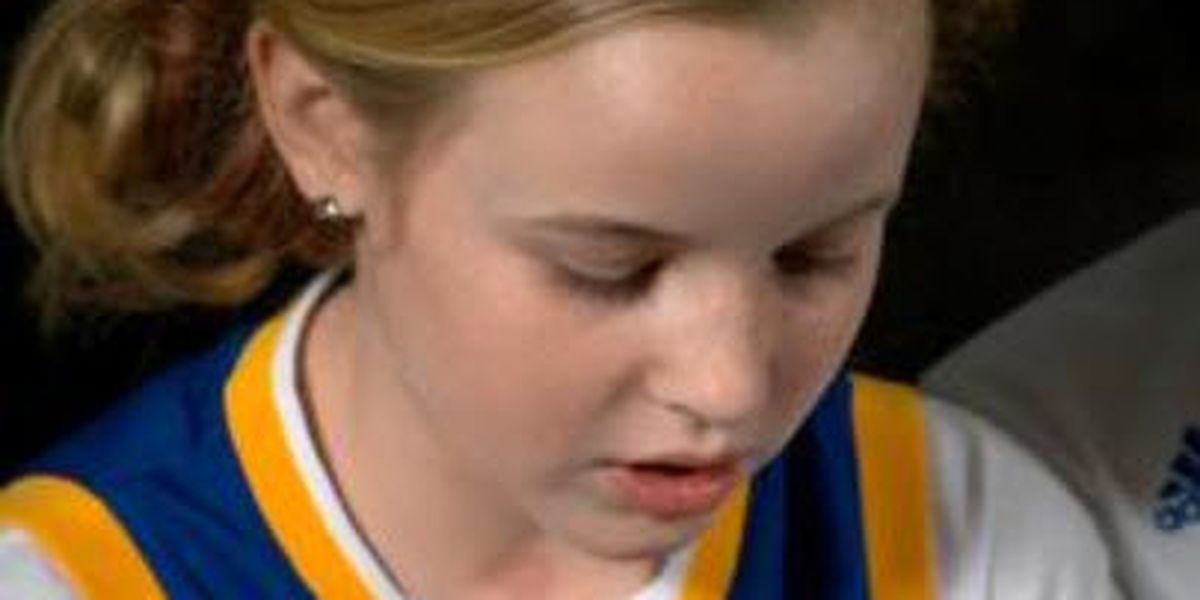 “I asked my dad to buy me the new Curry 5’s because I’m starting a new basketball season,” Morrison wrote. “My dad and I visited the Under Armor website and were disappointed to see that there were no Curry 5’s for sale under the girls’ section.”

Riley let Curry know that although she’s a big fan, she hoped he would work with UA to make the sneakers available to everyone. 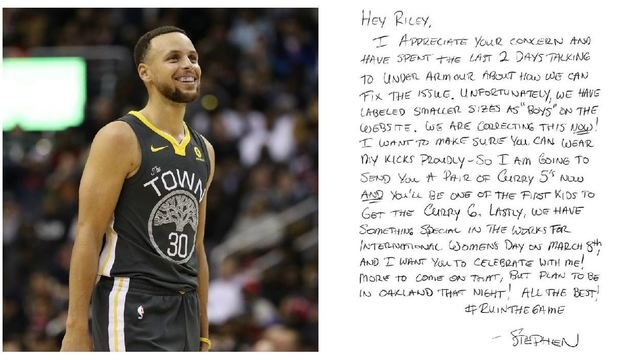 “I know you support girl athletes because have two daughters and you host an all-girls basketball camp,” she wrote to Curry.Â “I hope you can work with Under Armour to change this because girls want to rock the Curry 5’s too.”

With a little help, the note made its way to Curry who responded with a kind and sincere letter back to the young girl saying that he had worked with UA for two days to make sure that sizing was fixed for his sneakers.

He went above the call of duty and told her he would be sending her a pair of the sneakers, along with making her first in line for the next shoe drop, and a special surprise for International Women’s Day in Oakland early next year.