A 26-year-old man just met up with his birth mother after years of being apart. Justin always knew that he was adopted; it was never a secret to him. But he always had the desire to find his birth mother.

“It’s something that I had just always been curious about because I had known it my whole life. I wanted to see where I came from, I wanted to see my blood and people who bore a resemblance to me,” Justin said.

After all of his research, the only things he could find was his mother’s name and that his grandfather is a pastor. Unfortunately, that wasn’t enough to go off of to be able to find and connect with her.

He reached out to her and after a few days of waiting, he got the response made of dreams. She was just as excited to be able to meet him! Something like this can be tricky, as many adopted kids don’t know why they were given up by their parents.

Luckily, this situation was met with love and excitement! As it turns out, Justin was never a secret to his family, including his two biological sisters, 17 and 19. His parents were still together, even!

“I wasn’t a secret at all to anyone,” he said. “They were just as ecstatic to meet me as I was them. One of them even cried when she first found out when she was little because she wanted a big brother so bad. They’d never had a big brother and they were stoked! It was so amazing meeting and hugging them. I text all of them every day and we all constantly keep in touch.”

In this sweet reunion, Justin knew he had to ask why he had to be set up for adoption. The answer is heartbreaking. 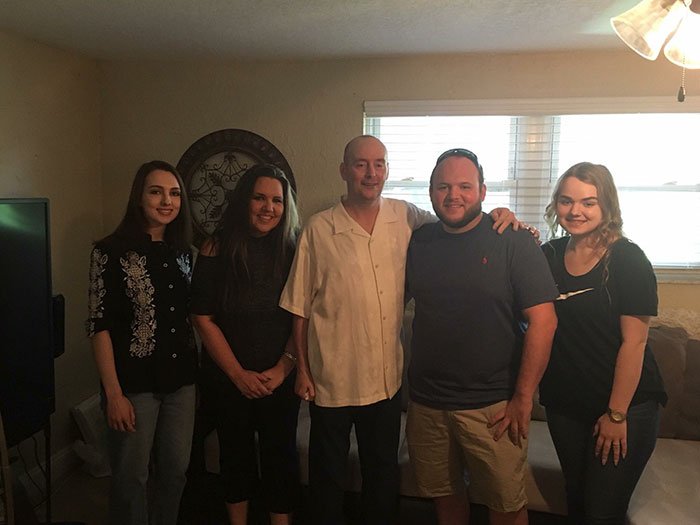 “She decided to give me up because she wasn’t able to offer the life she wanted to give me at the time due to her age and circumstances, so she wanted a family that could give me every opportunity available.”

He has one tough mama!