Let’s face it, pets get into mischief. But one pug, in Cape May, took it a step too far and actually landed herself behind bars. Bean, the rogue pug, was captured by Cape May New Jersey Police Sunday afternoon and collared her for running away from home.

Bean was found wandering the 1300Â block of New Jersey Ave and police said, based on her behavior, they had to bring her in for a “pug shot.” 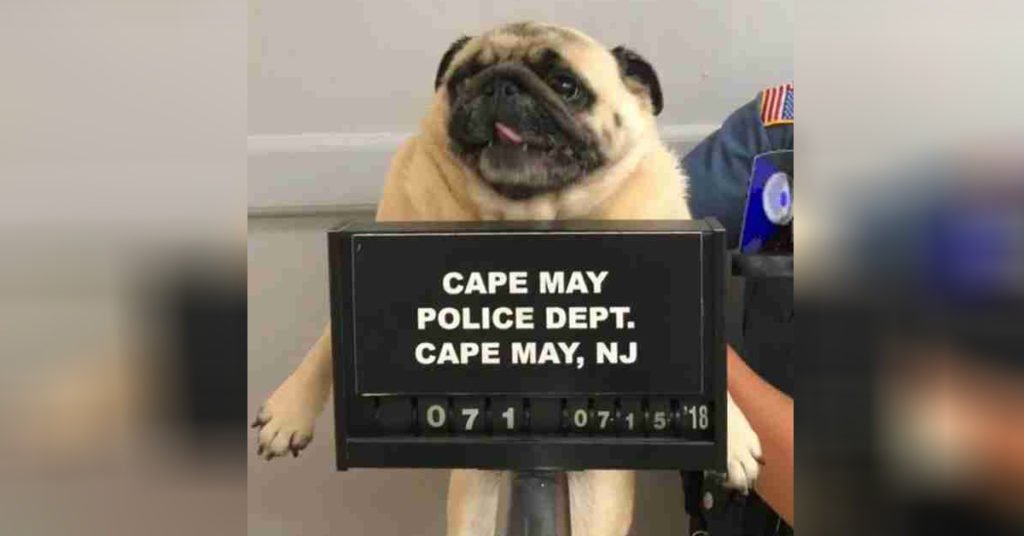 Patrolman, Michael LeSage, responded to the call notifying authorities of Bean’s trespassing ways and arrived on the scene to take her in.

Lost dog calls are pretty common in the Cape May area, the dogs are usually psyched to go for a ride in the cruiser, but Bean was a special case.

“Bean ran over and put her two little legs up on the running board and looked at me like ‘I can’t get up here!’ So I had to pick her up and put her inside,” he told TODAY while laughing.

When they arrived at the station, LeSage jumped at the opportunity to create a hilarious pun with Bean’s “pug shot.” Then, after having some fun, LeSage posted photos of the pooch to social media in an effort to locate the dog’s owners.

A neighbor of Bean’s family saw the post on Facebook and let the Hubbard family know that Bean had been found. The family was thrilled and even brought LeSage cookies the next day to thank him for helping out their furry friend.

“Thank you to CMPD from Bean the pug’s family for taking such good care of her,” daughter Hadley Hubbard wrote in a Facebook post later that day. “She is sound asleep at home after an exciting afternoon on the run.”