When a bad storm hit the Philadelphia area, a homeless, malnourished dog wandered into the home of its unknowing future owners in the middle of the night.

Jake Jokinen, his wife, and newborn baby were asleep in the wee hours of the morning when a storm blew open their front door a little after 3 a.m.

Jake's wife woke him the next morning by telling him that everyone in the home was fine, but that there was a puppy in their living room. Confused, Jake referenced his security footage and sure enough, he watched a wobbly, sickly puppy wander in through his front door. Luckily, the open door was shut twenty minutes later by a kind stranger walking by their home. 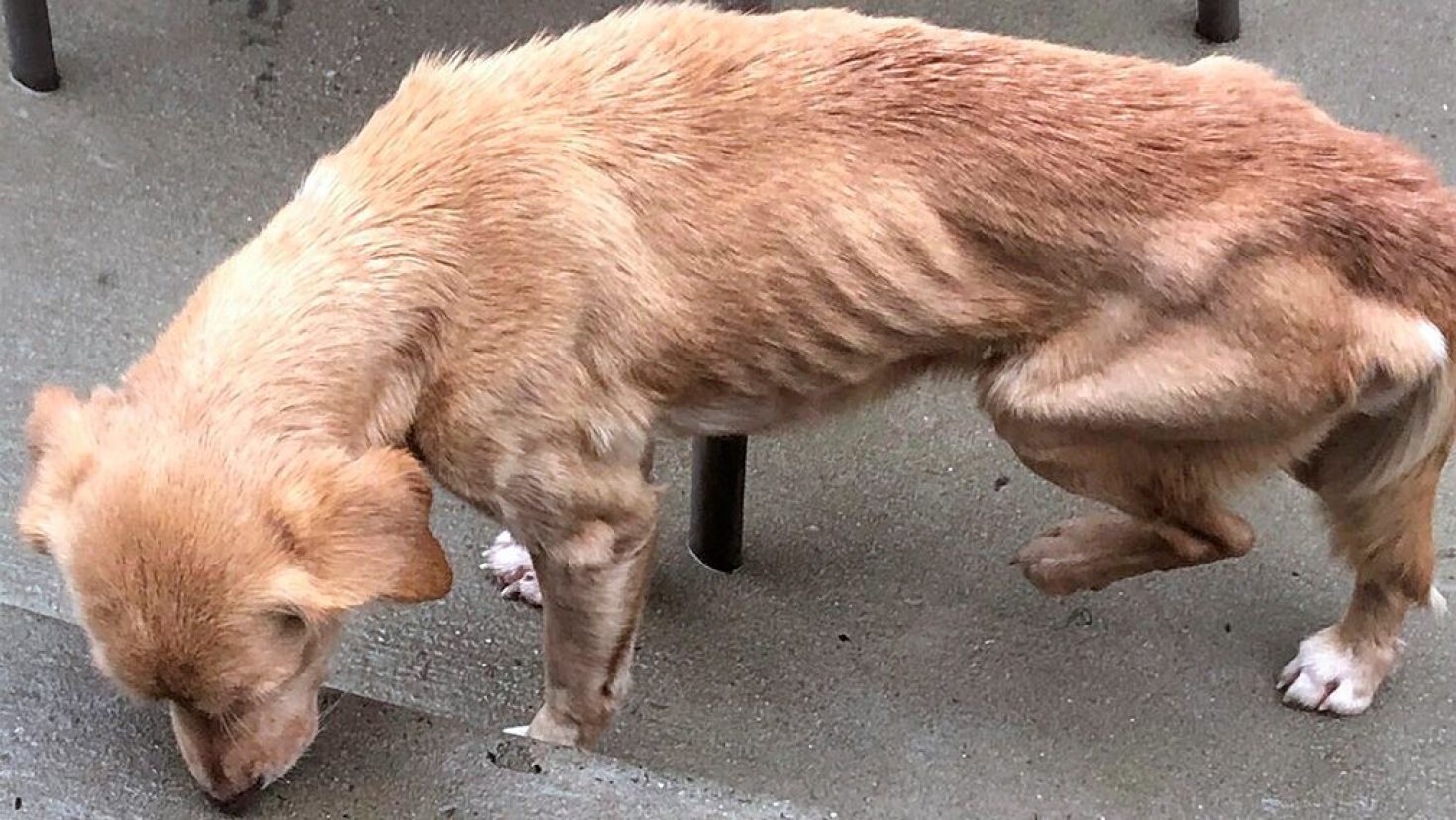 Jake and his wife contacted local animal control and they said they would take the dog from them or they could attempt to find the owners themselves.

They decided to take the malnourished pup to their local vet where they discovered that she was not a puppy at all, but a 9-year-old dog who was in terrible shape. She had no microchip and Jokinen said, "even if there was a chip, this dog is in such bad shape, whoever had it is a terrible person."

Jokinen posted a video about the whole ordeal on his facebook page, and people reached out offering to pay for the dog's vet services. After some time he had reached over $19,000 in donations, to which he said would be used to cover her healthcare and the remainder would be donated to a good cause.

The family decided to keep the 9-year-old pup, whom they named Suzy after Yankees sportscaster, Suzyn Waldman. Jokinen said they plan to "give her a dignified end of her life."