It was downpouring rain when Shane Lowry finally managed to close out his 4-shot lead. Portrush, Ireland was used to bad weather, and so was Shane, who grew up in Mullingar, Ireland. His game totaled out to 72(+1), winning the Irishman his first major and taking home the Claret Jug.

One of the most iconic trophies in sports.

Lots of love to go around.

Immediately rushing to his side was Lowry’s wife and children, who were so excited to see their father succeed. He also hugged caddie and friend Bo Martin. Tommy Fleetwood, runner up, was less excited about the victory but took his loss in stride. 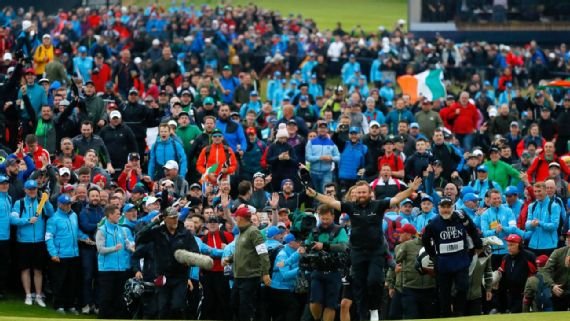 Lowry dedicated his win to his family who helped him throughout his journey as a golfer, though thousands in the crowd cheered him on as he accepted the winning Claret Jug. The iconic trophy is staying in Ireland for one more year!