Let’s face it, picture day is not exactly students’ favorite day of school, but then again, they don’t all have service dogs, do they?

At an elementary school in Lake Charles, Louisiana, Rowdy, the service dog, stole the show on Yearbook Photo Day.

I’m a school photographer and we got to take a service dog’s picture for the yearbook today ðŸ˜­ðŸ˜­ðŸ˜­ pic.twitter.com/HtryGOvafI

Rowdy is a diabetic alert dog for 10-year-old, Daegen Welch, and this is his third time appearing in the school yearbook.

Daegen’s mother, Monique Chaffin, said,Â “It’s the first year I didn’t have to order retakes for him,” Chaffin added. “It’s like having another kidâ€”you want to make sure his pictures come out nice.”

Rowdy goes everywhere with Daegen, even on vacation.

“When we go on vacation, he has his own suitcase,” Chaffin said, “He has his own mini-costumes. We took photos down at the beach where he wore matching mermaid fins with Daegan.”

As if the school photo wasn’t cute enough. 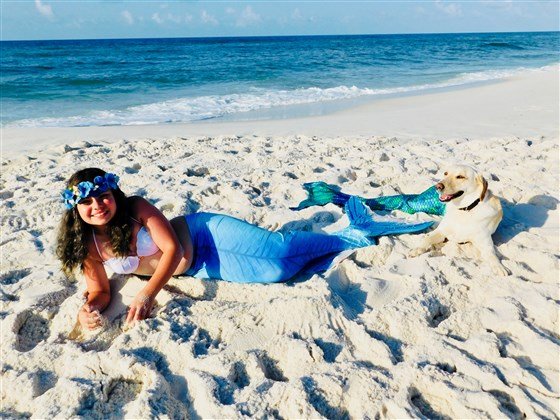 Daegen’sÂ school and her fellow students have been very accommodatingÂ for Rowdy and even talk to the students about Rowdy’s job, explaining how important it is not to distract him or talk to him when he is there.

Hats off to this Good Boyâ€”the world anxiously awaits next year’s photos.