Rehan Staton isn't your typical college student. The 24-year-old, who was recently accepted into Harvard Law School, did not grow up with the many advantages of typical Ivy-leaguers.

The young man grew up in Bowie, Maryland. His mother had left when he was just 8-years-old, and while things were tough, this was how Rehan learned the true value of hard work.

His father worked hard to take care of him and his older brother. Rehan didn't do well in high school, though, and had no college acceptances. He took a job with Bates Trucking and Trash, and while for some that would have seemed like a low point, for him, it was the exact opposite. 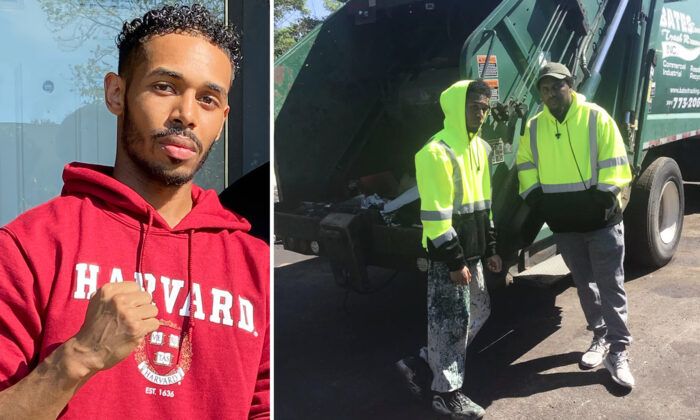 "It was the first time in my life a group of individuals that weren’t my father or my brother just came around me and… really just empowered me, uplifted me, told me I was intelligent."

Brent Bates, the owner of the company, along with his coworkers, urged him to go back to school and helped him enroll in Bowie State University. He then transferred to the University of Maryland after achieving a 4.0 GPA at Bowie State.

When his father fell ill during his junior year at Maryland, Rehan returned to work for Bates to save their family's home. Instead of dropping out of school, Rehan woke each day at 4 am to work before heading to class.

He graduated back in 2018 with accolades and then went on to take his LSAT in which he scored in the 80th percentile. He then started applying to law schools, Harvard being one of them, but he knew the price tag was a bit too steep for his pockets.

The people in Rehan's life, however, really stepped up for him—Carmie McCook, a communications coach, was one of those people. She calls him her protege, and so she set up a GoFundMe page to help him cover the cost of law school. Supporters blew the initial goal of $75K out of the water, raking in over 185K to pay for his law school education. After that, it was up to fate.

With his brother seated next to him, Rehan opened the notice on his computer to find out if he was accepted. He recorded the moment and it was nothing but pure joy—he was accepted!

“Yes, Rehan is smart, but what makes his achievement even more admirable is his courageous journey to this moment,” said his mentor.