The late Princess Diana would have turned 60-years-old on July 1. Her two estranged sons, Prince Harry and Prince William got together to unveil the statue in her honor to the public.

The brothers were accompanied by Princess Diana's siblings, Lady Sarah McCorquodale, Lady Jane Fellowes, and Charles, the 9th Earl Spencer. The brothers were pictured walking into the Sunken Garden at Kensington Palace for the ceremony. 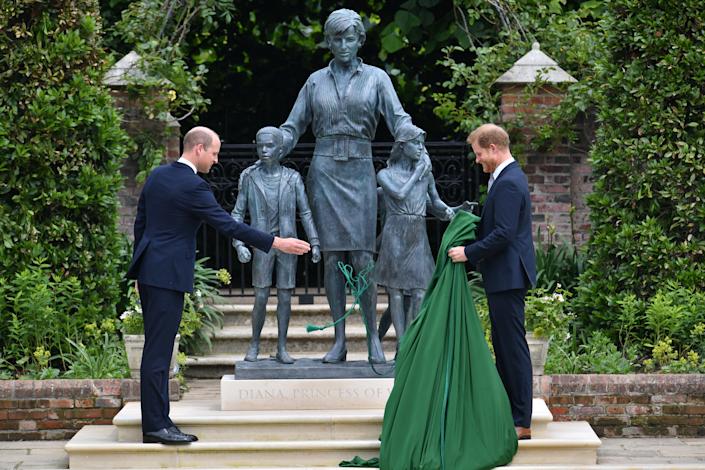 There was a small, private ceremony with limited press involved. The statue shows Diana with two children. The writing on a paving stone reads: "These are the units to measure the worth/Of this woman as a woman regardless of birth./Not what was her station? But had she a heart?/How did she play her God-given part?"

The verse is from the poem The Measure of a Man. 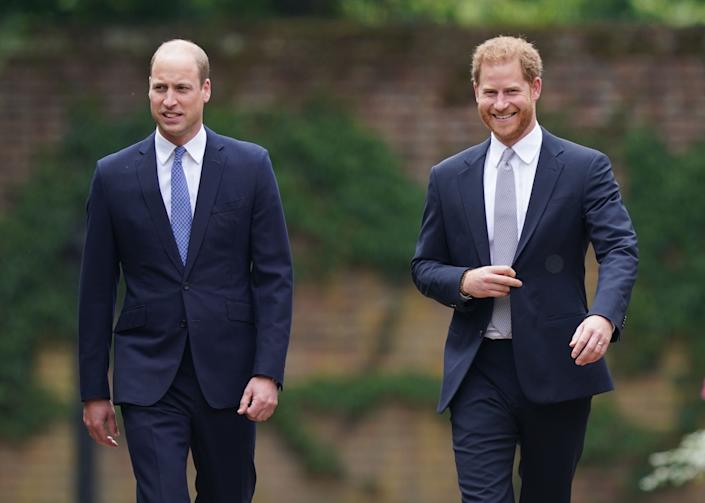 "Today, on what would have been our mother’s 60th birthday, we remember her love, strength, and character — qualities that made her a force for good around the world, changing countless lives for the better.

"Every day, we wish she were still with us, and our hope is that this statue will be seen forever as a symbol of her life and her legacy."