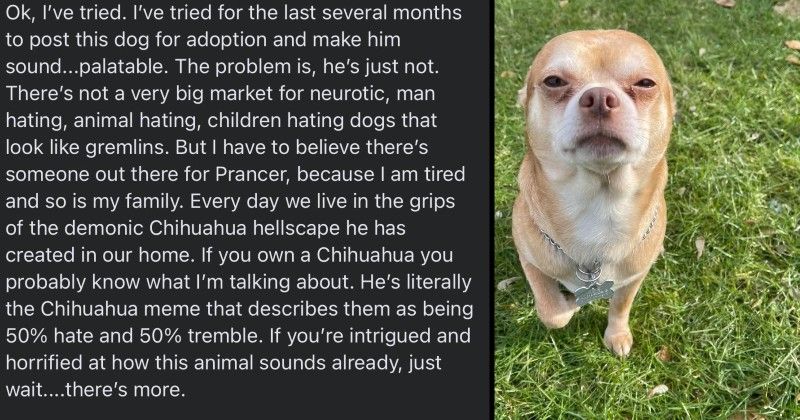 Prancer, the "demonic" chihuahua who was said to have embodied the spirit of a "haunted Victorian child," has finally found his forever home.

Prancer's brutally honest and hilarious adoption ad, which went viral, drew the attention of Ariel Davis, 36, from New Haven, Connecticut. Davis thought the listing was quite amusing, but Prancer's story hit her harder than most.

"I had a dog that I adopted probably about seven years ago and I raised him from a puppy and he was a Chihuahua/Jack Russel Terrier mix," she said. "He had a lot of the same qualities as Prancer, he was a little neurotic and he barked a lot and he didn't work well with other people and other animals. I spent a lot of time working with him and understanding his personality and learning about myself through him." 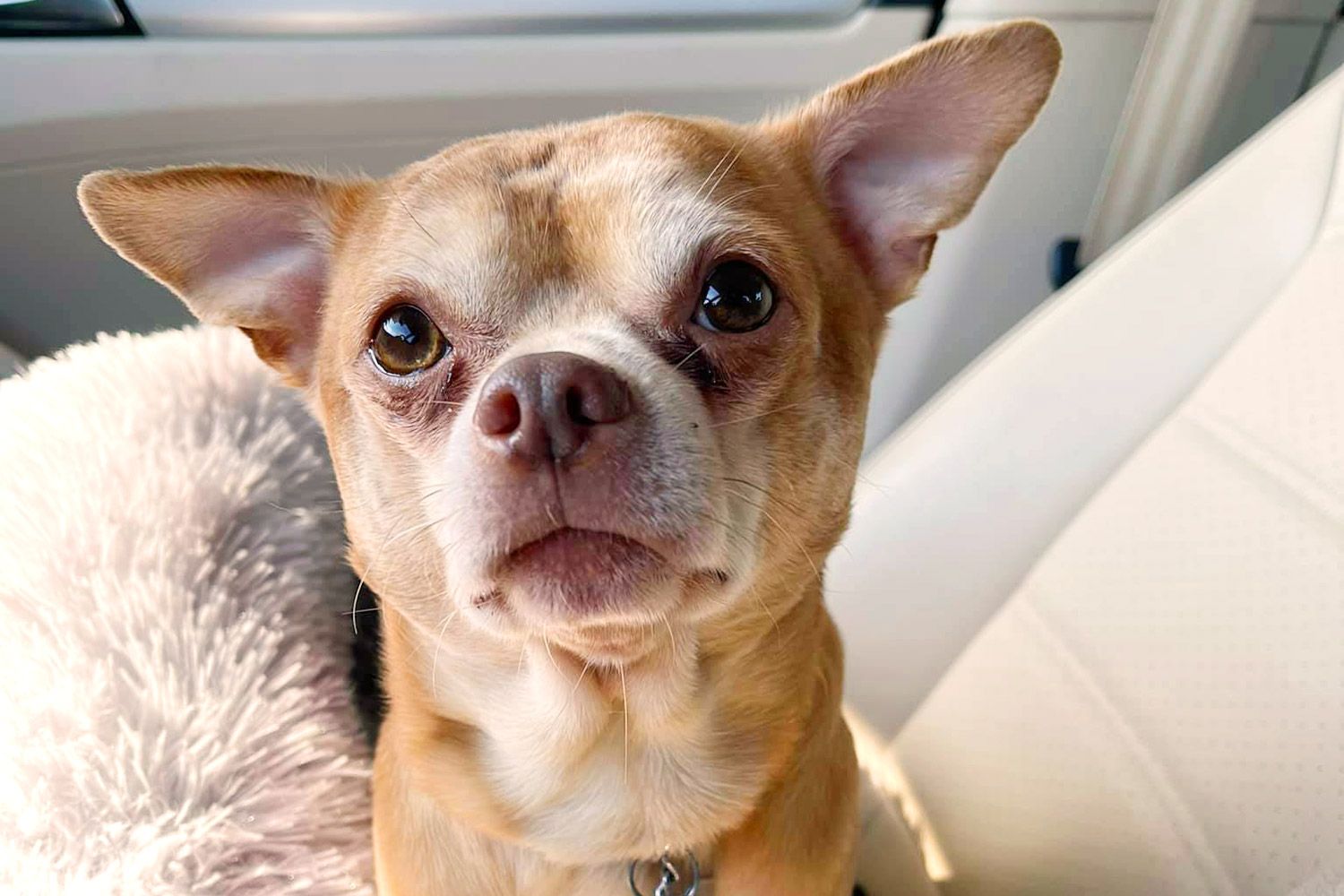 Davis felt as though she checked all of the boxes necessary for Prancer to thrive in her home. emailed the Second Chance Pet Adoption League to inquire whether or not Prancer had found his forever home.

Davis' first meetup with Prancer went swimmingly. She took him home, and now the two are bonding more than ever.

"He's helping me get out of my shell and one of my goals is to help him become more adjusted to seeing other people," she said.