Roger Jacobs, 68, was devasted when his dog, Salty, ran away a few days before Christmas. After searching without any success, he and his family had started to lose hope. Luckily, a friend called him shortly after, though, claiming to have spotted the pooch by a river in Huntley, Montana.

"It made the Christmas holiday a little less bright," Roger's daughter, Becky Anderson, a basketball coach, said. "We spent day and night driving around looking for her, tried tracking her footprints in the snow. We initially believed she was chasing deer and then disappeared."

Bill Lepley, a friend of the family, called them about 7 days after Salty had gone missing and said he saw a dog that looked like her across the Yellowstone River.

While Roger and his family tried not to get their hopes up, knowing that Salty had been outside for a week in below zero temps, they couldn't help but hope that it was, indeed, their dog.

When they pulled up, they knew instantly that it was her! Bill then drove the pup over to Roger's place, where Salty and her dad had quite the reunion, all caught on camera by his daughter. 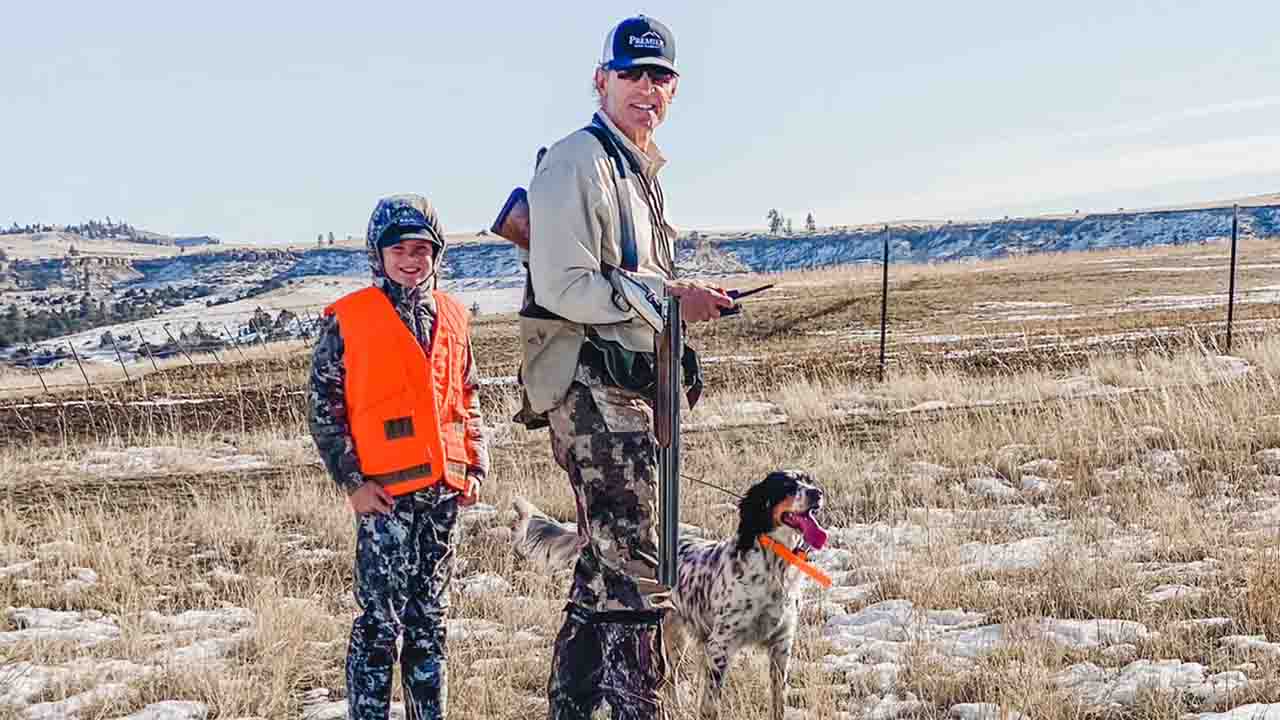 Anderson said, "My dad was blowing his whistle until he could see her. You can see him tuck his phone back in his pocket, put his gloves on, and fall down to his knees with tears of joy."

Salty sustained an injury to her front leg while she was missing, but is healing up nicely, the family reported. "...she has settled right back into her normal way of life," Anderson said. "She lost about ten pounds through the ordeal, but other than that, you would never know anything had happened."