Paris Hilton starred in "The Simple Life" episode years ago where she tried to cook bacon with a clothing iron. Well, she's come a long way since then, and just debuted her own cooking show, "Cooking with Paris". She starts her video by saying "As you all know, well, maybe not all of you, people who do know, know that I'm an amazing cook," which means viewers are surely in for a treat. 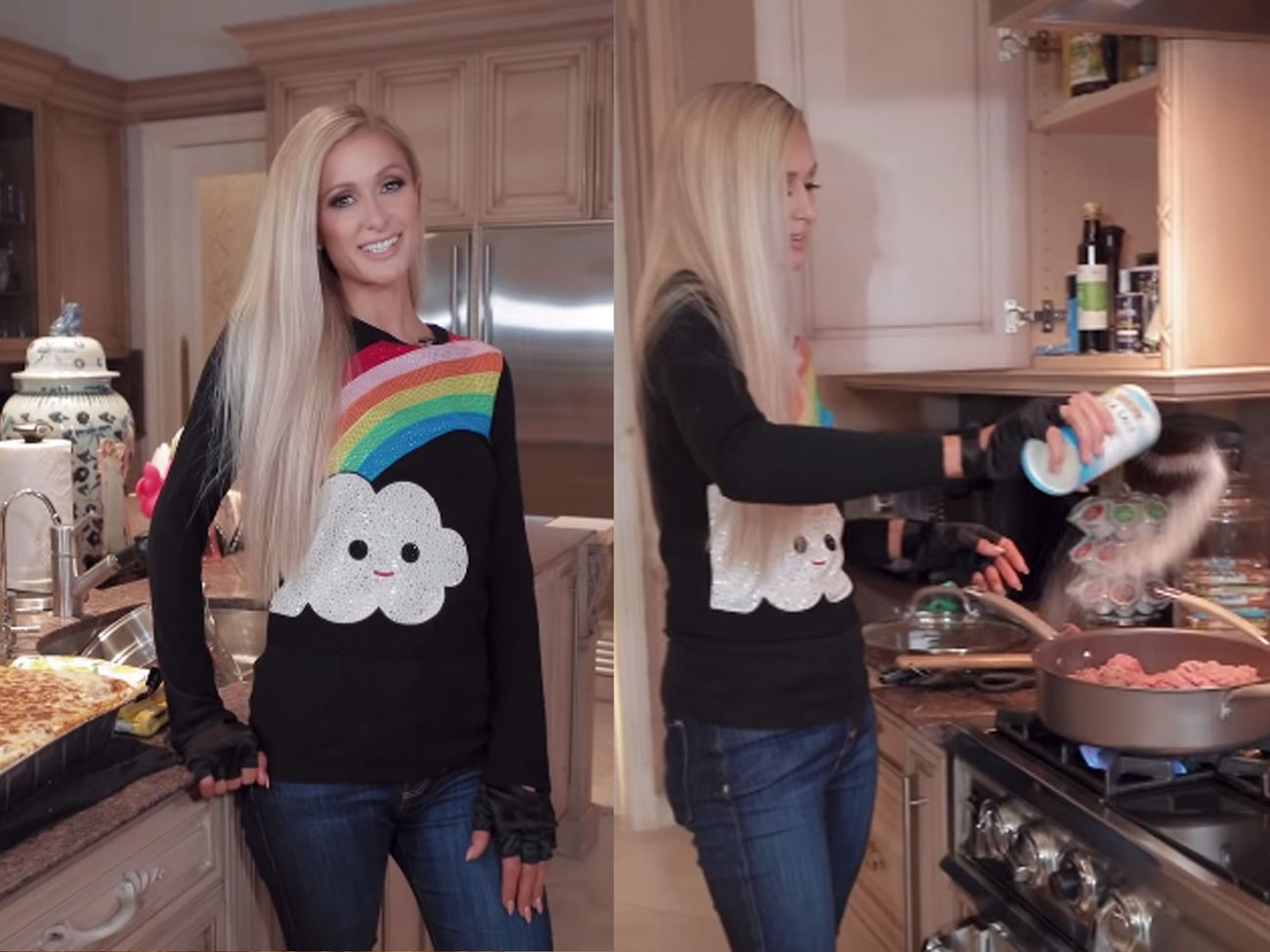 Her first video has racked up 1.3 million views within the first day. Paris makes lasagna for the audience. She gives tips like putting "unicorn mist" in the meat and wears white sparkling sunglasses when chopping onions. "My entire life, I remember sitting on the counter and watching my mom cook, and also baking and cooking with her," says Hilton. She also has an assistant chef, her dog Diamond Baby. 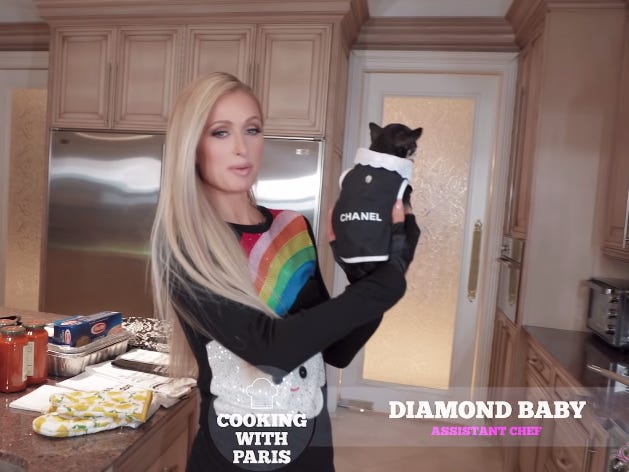 To make Paris's lasagna, heat the oven to 375 degrees. Boil the pasta, then get five tubs of ricotta cheese and a block of mozzarella. "I would definitely recommend getting shredded mozzarella because now I have to grate the cheese" she informs the viewer. She then finishes out the recipe, but not before revealing she's never actually cooked in her kitchen before.

The whole video is about 16 minutes long, but you can expect your Paris Hilton lasagna to be in the oven for 30-45 minutes until there's a golden brown topping. "I hope you guys enjoyed my little cooking show," says Paris as she closes out the video "I'm going to be cooking more, so let me know what I should cook next and hashtag it #cookingwithparis."