Orlando Bloom Has Late Dog’s Skeleton Mounted in His Home

Orlando Bloom revealed recently that he has his late dog Sidi’s skeleton preserved in his home.

He reportedly was very upset when he passed away and so he had the pup’s skeleton mounted so that he is still with him. 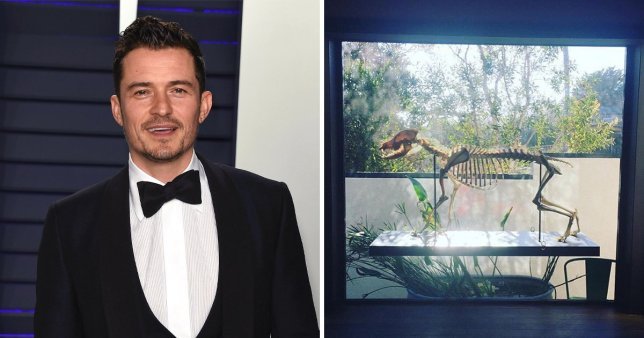 “I know that sounds a little odd to some people, but it is quite tastefully done and I still get to say goodnight to him,” Bloom said.

Sidi, the black Saluki mix, came into Bloom’s life when he was in Morocco filming “Kingdom of Heaven.” Sidi was a stray that Bloom took in after wrapping the flick in 2004.

In 2016, Bloom shared that his beloved dog had liver disease and passed away, and the loss of Sidi hit him hard.

keeping with the dog photo theme…I got nothin ðŸ¥³

Fans of Bloom know that he has since found a new canine companion, Mighty, a teacup poodle. Mighty is living the dream life with his nearly twin sibling, Nugget Perry.