Actress, Nicole KidmanÂ came to the rescue of one large arachnid over the weekend. In the video below, (bewareâ€”it’s not for the faint of heart) Kidman approaches a massive tarantula that is crawling along the side of her pool, all while her children yell out in fear.

Kidman keeps her cool, though, and when the video returns after being cut off, viewers realize that she had rescued the spider from its potential drowning demise and had captured it in a jar.

“I’m having to take care of this spider,” the star said as she held up her new “house guest.” Then, pretending not to be every bit as brave as she just proved herself to be, she chuckled and cried out, “Help!” 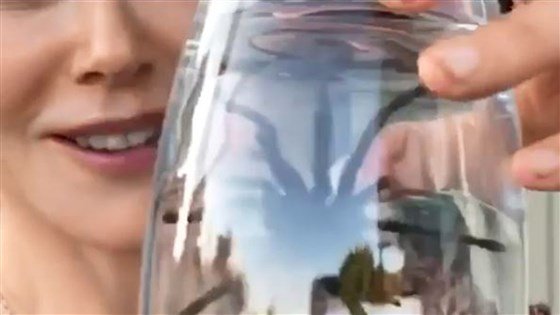 “Catch and release,” she added in a caption that accompanied the clip. “Spider released unharmed and healthy.”