Ever considered what a naked Skittle would look like? Well, you’re about to find out. Across the pond, the Skittle has been stripped down, ditching its shell for a totally new look.

Mars Wrigley Confectionary recently announced its launch of a new candy called Skittles Chewies in the UK. So, what are they? To sum it up they’re a shell-less Skittleâ€”more chewy, less crunchy. The oddest part of this release is that they came out alongside unwrapped Starburst minis, which look oddly similar.Â 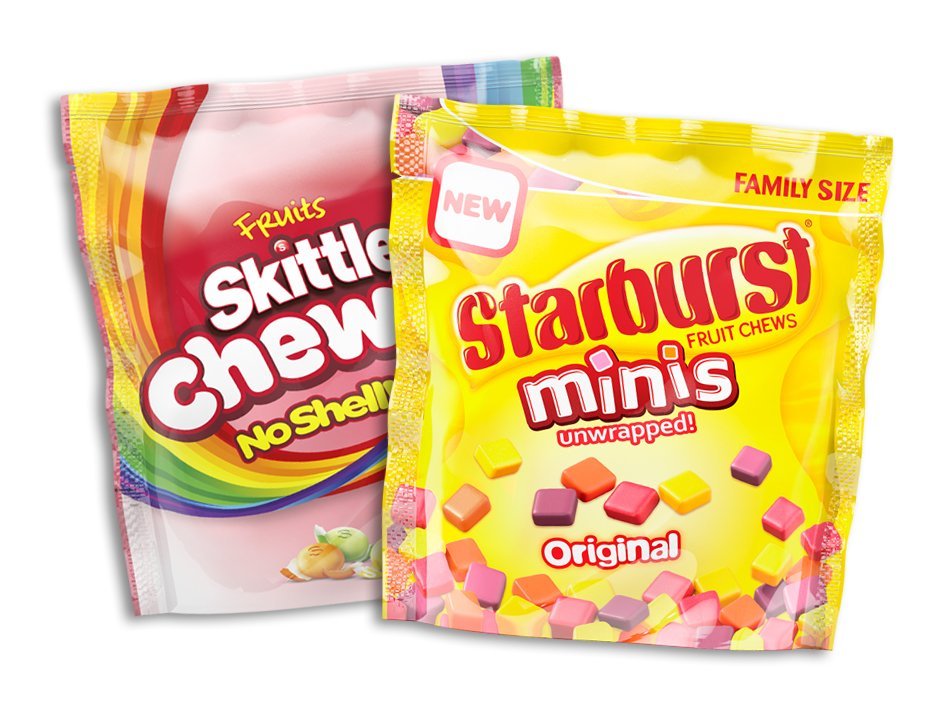 This isn’t the first time these candies got a facelift. Last year, Mars released spicy Starburst and Skittles, the Sweet Heat flavor collection.

This recent release, however, has fans a little confused. Is a Skittle really a Skittle without the shell?

While some Skittles fans are thrilled, others are perplexed. AÂ few Facebook reactions made it clear that some people will just never accept a naked Skittle.

“It’s a no,” one wrote person wrote with a “Star Wars” Chewbacca GIF emphatically shaking his head.

“Seriously, those are called Starburst,” another person posted.