The NHL debuted the newest addition to their collections of mascots. The Philadelphia Flyers now have orange monster Gritty to help pump up the crowds. Keeping the tradition of bizarre creatures such as the Philly Phanatic, Gritty is covered in long, scraggly hair and horrifying eyes. Needless to say, hockey fans had a blast with this one.

Gritty please murder me with your t shirt cannon pic.twitter.com/zdfI4lf8NS

Gritty was able to meet Flyers fans in person last night for the first time… It didn’t really go over well.

i regret to inform you things are not off to a great start for Gritty. pic.twitter.com/PuCuCuXPTY

Gritty was having a hard time on the ice last night, much to fan’s enthusiasm. Philly sports fans aren’t exactly known for being the most supportive, and the second that Gritty began to fail, everything took off.

After falling multiple times, hitting people with T-Shirt guns, and other mischevious and hilarious stunts, Gritty has now created a totally different name for himself in the NHL community.

Hopefully, he will be able to get back on his feet (literally) and continue to entertain the crowds but on his own accord! 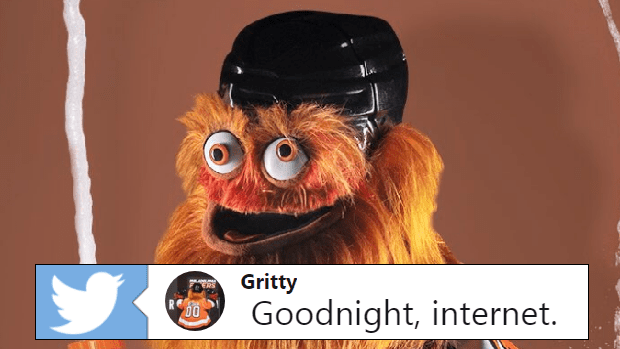