The universe works in mysterious ways.

While the MidWest has been experiencing record levels of flooding, these two friends from Nebraska lucked out when they found a modern day “pot of gold” while cleaning up the mess. 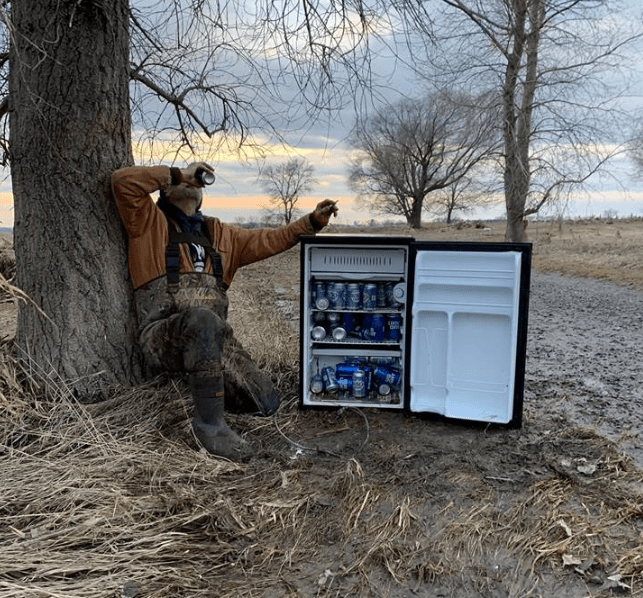 Kyle Simpson’s piece of land in Nebraska was flooded by the Platte River, and so he and his friend Gayland spent their Sunday cleaning up the debris that had made its way onto his land.

When they had finally decided to call it a day, they waded back to their vehicle and stumbled upon a fridge tangled up in the mess. TO their surprise, when they popped it open, it was full of ice-cold beer.

For those of you that don't know, our state of #Nebraska is going through record flooding. Sometimes though, the world sends you a break. These guys went to their #DuckCamp and found a fully-stocked #BeerFridge. #NebraskaStrong #Flood2019 pic.twitter.com/t8FvdqVQ3g

“It was a gift sent from the heavens,” Simpson said.

The men were in disbelief. They decided to sling back a few beers to reward themselves for their hard day’s work and even took a few selfies that they then shared in a Nebraska Facebook group. After the photos had been shared a couple of thousand times, the fridge’s rightful owner, Brian Healy caught a glimpse of it on Facebook.

Healy and Simpson have since been in contact so the fridge can head back to its home, 4 miles upstream.